How Did the Female Orgasm Evolve?

The main conclusion is that...

Why Are So Many Modern Men Single? 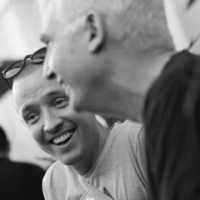 Menelaos Apostolou  PhD University of Nicosia Cyprus MedicalResearch.com: What is the background for this study? What are the main findings?  Response: In this study I analyzed 6794 responses from a recent Reddit thread on why men were single, and I classified them in 43 reason categories. Among the most frequent reasons that men indicated for being single included poor flirting skills, low self-confidence, poor looks, shyness, low effort, and bad experience from previous relationships. END_OF_DOCUMENT_TOKEN_TO_BE_REPLACED
0 Comments
Continue Reading
Author Interviews, Memory, UCLA / 18.12.2017

Our Memory System Is Adapted To Helping Us Raise Children 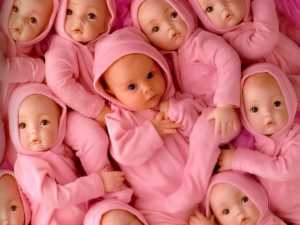 Benjamin M. Seitz Doctoral Student Department of Psychology, Learning & Behavior University of California, Los Angeles MedicalResearch.com: What is the background for this study? What are the main findings?   Response: The adaptive memory literature is based on two crucial theories. The first is that we process information on different ‘levels’ and these different levels of processing information strongly influence our ability to later remember that information. The second is that our evolutionary history has shaped our cognitive abilities and that these abilities therefore perform optimally when performing tasks related to evolutionary fitness. It has been established that processing words based on their relevancy to an imagined ancestral survival scenario yields incredible memory performance far superior than processing those same words based on their relevancy to similar imagined scenarios that do not involve the survival element or ancestral environment. Our study demonstrates that thinking about raising offspring in an ancestral environment while processing words leads to a similar benefit to recall of those words as when thinking about survival, suggesting the human memory system while also useful in helping our species survive may have also been particularly useful in helping us raise our offspring. END_OF_DOCUMENT_TOKEN_TO_BE_REPLACED
0 Comments
Continue Reading
Author Interviews, Gender Differences / 07.10.2017

Gossip As An Evolutionary Strategy In Competition For Mates

MedicalResearch.com Interview with: Adam C. Davis, MSc PhD Education student University of Ottawa Ottawa, Ontario Canada  MedicalResearch.com: What is the background for this study? What are the main findings? Response: Charles Darwin argued that animals compete with members of the same sex for desired mates (i.e., intrasexual competition). Using this framework, evolutionary researchers have explored the variety of ways in which this kind of competition may play out across human cultures. Several researchers have argued that gossip may be an effective way for humans to compete for mates, but most of the research has been indirect up until this point. In our study, we provide evidence that the reported tendency to compete with same-sex others for mates is associated with gossiping and positive attitudes toward learning about and spreading gossip. Gossip has also been argued to be women’s weapon of choice to compete for mates; however, few studies have tested this hypothesis. We provide evidence that women gossip to a greater extent than men, particularly about social information (e.g., friendships, romantic relationships) and the physical appearance of others (e.g., clothing), whereas men gossip more about achievement (e.g., salaries, promotions). Women also expressed more favourable attitudes toward gossiping than men. END_OF_DOCUMENT_TOKEN_TO_BE_REPLACED
0 Comments
Continue Reading
Author Interviews, BMJ, Psychological Science, Sexual Health / 10.08.2016

Altruistic Men May Get More Sex

MedicalResearch.com Interview with: Steven Arnocky, PhD Associate Professor Department of Psychology Nipissing University North Bay, ON CAN  MedicalResearch.com: What is the background for this study? What are the main findings? Response: Our work was based on previous findings from hunter-gatherer populations showing that men who hunt and share meat often enjoy greater reproductive access to women.  Research in North America has shown that individuals prefer altruistic partners, especially for long-term mating, and that there may be a sex difference in these preferences such that women exhibit this preference more strongly than men. In line with this, some research has shown that men will sometimes compete with other men in order to make charitable donations to attractive female fundraisers (termed 'competitive altruism'). Taken together, these findings led us to hypothesise that individuals (and perhaps particularly men) who behave altruistically might experience greater mating success. In Study 1, undergraduate men and women completed a self-report altruism questionnaire (items such as “I have donated blood”), a personality measure, and a sexual history survey. We found that participants who scored higher on a self-report altruism measure reported they were more desirable to the opposite sex, as well as reported having more sex partners, more casual sex partners, and having sex more often within relationships. Moreover, altruism mattered more for men’s number of lifetime and casual sex partners relative to women’s. Given the possibility that in any survey research, there is a chance individual’s may report their altruism of sexual history in what they view to be a more positive light (who doesn’t want to think of themselves as altruistic!), in Study 2, we used a behavioral measure of altruism (each participant was entered onto a draw for $100, and at the end of the survey was given the choice to keep their winnings or to donate to a charity). Participants again reported on their sexual histories, as well as completed a personality measure, a scale to capture socially-desirable responding, and a measure of narcissism. Results showed that even when controlling for these potentially confounding variables, that altruists reported having more lifetime sex partners, more casual sex partners, and more sex partners over the past year. Men who were willing to donate also reported having more lifetime dating partners. END_OF_DOCUMENT_TOKEN_TO_BE_REPLACED
0 Comments
Continue Reading
Author Interviews, Genetic Research, Sexual Health / 08.03.2015

MedicalResearch.com Interview with: Dr. David M.G. Lewis, PhD Assistant Professor Department of Psychology Bilkent Üniversitesi Ankara, Turkey Research Affiliate, Individual Differences and Evolutionary Psychology Area Department of Psychology The University of Texas at Austin MedicalResearch: What is the background for this study? Dr. Lewis: My motivations to conduct this study were a combination of several things. Men would often mention to me the features that they found attractive in women. They would often mention the butt, but not the *size* of the butt...it was something else, but they couldn't seem to put their finger on exactly what... I then began reading more deeply into the different muscular, ligamentous, skeletal, etc. structures that could influence the appearance of the buttocks. I moved beyond just buttock tissue and buttock size. What I began to discover is that while the size of the buttocks does indeed influence the buttocks' appearance, so too does other morphology that is not part of the buttocks themselves. These readings indicated that certain spinal structures can help women shift their center of mass back over the hips during pregnancy and reduce hip torque by roughly 700%. To the extent that women who possess these spinal structures would thereby be better able to carry a pregnancy (or multiple pregnancies) to term without suffering spinal injuries, selection would have favored the evolution of psychological mechanisms in men to prefer women exhibiting cues to these spinal structures. Men could not directly observed women's vertebrae, but lumbar curvature is an externally visible cue to the relevant spinal structures. At this point, we had a hypothesis that was both anchored in evolutionary theory and grounded in medical orthopedic literature. It was time we tested our idea that men possess a previously undiscovered, evolved preference for a beneficial intermediate angles of lumbar curvature in women. END_OF_DOCUMENT_TOKEN_TO_BE_REPLACED
0 Comments
Continue Reading
Author Interviews / 10.06.2014

Evolution May Have Shaped Our Faces for Fighting

MedicalResearch.com Interview with: Mike Morgan, MD R2 Division of Emergency Medicine University of Utah School of Medicine MedicalResearch: What are the main findings of the study? Dr. Morgan: Our paper is a review of the literature. So we do not present original data or findings. What we do is present new ideas about what drove the evolution of the hominin (bipedal ape) face. Studies of injuries resulting from fights show that when modern humans fight the face is the primary target. The bones of the face that suffer the highest rates of fracture from fights are the bones that show the greatest increase in robusticity during the evolution of early bipedal apes, the australopiths. These are also the bones that show the greatest difference between women and men in both australopiths and modern humans. What needs to be explained about facial differences in women and men is that in both apes and humans, males are much more violent than females and most male violence is directed at other males. Because males are the primary target of violence, one would expect more protective buttressing in males and that is what we find.   END_OF_DOCUMENT_TOKEN_TO_BE_REPLACED
0 Comments
Continue Reading
Author Interviews / 12.06.2013

Upper-Body Strength, Economic Redistribution and The Ancestral Logic of Politics

MedicalResearch.com eInterview with: Michael Bang Petersen Associate Professor, PhD Department of Political Science Aarhus University, Denmark MedicalResearch.com: What are the main findings of the study? Answer: While many think of politics as a modern phenomenon, politics has – in a sense – been with our species always. Our ancestors have been group living animals for millions of years and it would be surprising if natural selection had not shaped our ancestors’ psychology to navigate core political situations including how to manage resource conflicts. In this article, we applied this insight to the study of attitudes towards economic redistribution and theorized about the kinds of factors that an evolved psychology of conflict navigation would consider important. Given that we evolved in small-scale groups and many conflicts would have to be settled face-to-face, one such factor – at least, for males – would be physical strength. Essentially, stronger males should be more likely to escalate conflicts and pursuit their self-interest. On modern political issues of economic redistribution, self-interest is determined by socio-economic status (SES). Individuals with high SES have an interest in decreasing redistribution, whereas individuals with low SES have an interest in increasing redistribution. On this basis, an adaptationist perspective on the psychology of redistribution attitudes predicts that for rich males upper-body strength should decrease support for redistribution. For poor males, in contrast, upper-body strength should increase support for redistribution. This is what we found in three highly different countries: the United States, Denmark and Argentina. Cross countries, physically strong males opted for the self-interested political position. END_OF_DOCUMENT_TOKEN_TO_BE_REPLACED
0 Comments
Continue Reading