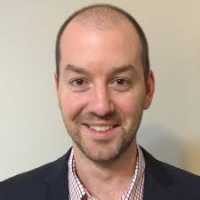 MedicalResearch.com Interview with: Samuel P. Costello MBBS Inflammatory Bowel Disease Service, Department of Gastroenterology The Queen Elizabeth Hospital Australia MedicalResearch.com: What is the background for this study? Response: Ulcerative colitis (UC) is an inflammatory bowel disease that has high rates of persistent or relapsing symptoms despite available therapies. Many of these therapies also have the potential for unacceptable side effects including allergy, intolerance, serious infection and malignancy due to long-term immunosuppression. It is for these reasons that new therapies for Ulcerative colitis are required; particularly therapies that target novel pathways and are not immune suppressing. END_OF_DOCUMENT_TOKEN_TO_BE_REPLACED
Continue Reading
Author Interviews, Gastrointestinal Disease, Microbiome, Pediatrics / 16.11.2018 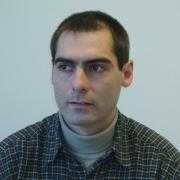 MedicalResearch.com Interview with: Thomas Thymann PhD DVM MSc Department of Veterinary and Animal Sciences Comparative Pediatrics and Nutrition Faculty of Health and Medical Sciences University of Copenhagen Frederiksberg, Denmark MedicalResearch.com: What is the background for this study? What are the main findings? Response: Infants that are born preterm are at risk of developing a severe and life threatening intestinal disease referred to as necrotizing enterocolitis (NEC). This condition is known to be under influence of several factors including the microorganisms that start to colonize the intestine immediately after birth. We wanted to see whether fecal matter collected from healthy 10-day old piglets, would benefit the pattern of early colonization, and prevent NEC. END_OF_DOCUMENT_TOKEN_TO_BE_REPLACED
Continue Reading
Author Interviews, Cancer Research, Gastrointestinal Disease, Microbiome, Science / 27.09.2018

Gut Microbiome Can Be Restored in Cancer Patients with Fecal Transplantation

MedicalResearch.com Interview with: Joao Xavier PhD Associate Faculty Member | Computational & Systems Biology Memorial Sloan Kettering Cancer Center New York, NY 10065 MedicalResearch.com: What is the background for this study? What are the main findings? Response: Our team at Memorial Sloan Kettering has been investigating the intestinal microbiota of patients receiving bone marrow transplantations for more than eight years now. We have found through several studies that these patients lose important healthy bacteria from their microbiota, and that these losses are mostly caused by the antibiotics given as prophylaxis or to treat infections. We also found that the drastic changes in the microbiota composition, especially the intestinal dominations by bacteria such as Enterococcus, increase the risk of transplant-related complications and lowered patient survival. We aimed to determine the feasibility of autologous microbiota transplant (auto-FMT) as a way to reconstitute lost bacteria. This randomized study found that indeed auto-FMT could reconstitute important microbial groups to patients. END_OF_DOCUMENT_TOKEN_TO_BE_REPLACED
Continue Reading
Author Interviews, C. difficile, Gastrointestinal Disease, Microbiome / 01.04.2015

MedicalResearch.com Interview with: Michael J Sadowsky Ph.D Director, BioTechnology Institute University of Minnesota MedicalResearch: What is the background for this study? What are the main findings? Dr. Sadowsky: Fecal microbiota transplantation (FMT) has become increasingly common in the treatment of patients with refractory Clostridium difficile infection (CDI). It also holds promise for the treatment of medical conditions ranging from inflammatory bowel and Crohn’s disease to diabetes and metabolic syndrome. In contrast to standard antibiotic therapies, which further disrupt intestinal microflora and may contribute to the recurrence of CDI, FMT restores intestinal microbiome and healthy gut function. Despite therapeutic successes, little is known about the stability of transplanted microbiota over time. This report contributes to our understanding of the short-and long-term composition of gut microbiota following Fecal microbiota transplantation. In this study, fecal samples collected before and after treatment were compared with data from the Human Microbiome Project (HMP). Treatment using FMT resulted in the rapid normalization of microbial composition in the patient, with the post-treatment profiles closely resembling the normal distribution of fecal microbiota from the donor. While the composition of fecal microbiota in the donor and recipient varied over time, both remained in the large band characterized as normal in hundreds of healthy individuals collected as part of the HMP. Furthermore, while the composition of the microflora in Fecal microbiota transplantation recipients and donors diverges over time, the recipient profiles stay within the same dynamic range as the original implanted donor material. END_OF_DOCUMENT_TOKEN_TO_BE_REPLACED
Continue Reading