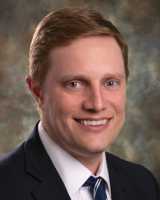 MedicalResearch.com Interview with: David Spetzler, M.S., Ph.D., M.B.A. President and Chief Scientific Officer Caris Life Sciences MedicalResearch.com: What is the background for this announcement (WES)? Response: The announcement is about the launch of Caris’ latest molecular profiling test, called MI ExomeTM.  MI Exome a next-generation sequencing-based assay analyzing the whole exome of 22,000 DNA genes.  It is unique in that it will be run on every patient and will deliver unprecedented detail into the genomic characteristics of cancers, which will greatly improve our ability to understand cancer and provide insights needed to help physicians and patients make more informed treatment decisions that improve outcomes. END_OF_DOCUMENT_TOKEN_TO_BE_REPLACED
Continue Reading
Author Interviews, Autism, Genetic Research, Schizophrenia, UCLA / 26.05.2017

MedicalResearch.com Interview with: Carrie Bearden, Ph.D. Professor, Departments of Psychiatry and Biobehavioral Sciences and Psychology Semel Institute for Neuroscience and Human Behavior University of California, Los Angeles MedicalResearch.com: What is the background for this study? What are the main findings? Response: A 22q11.2 deletion confers the highest known genetic risk for schizophrenia, but a duplication in the same region is strongly associated with autism and is less common in schizophrenia cases than in the general population. Thus, we became interested in trying to understand whether there were differences in brain development that might predispose to one condition vs. the other. END_OF_DOCUMENT_TOKEN_TO_BE_REPLACED
Continue Reading
Author Interviews, Genetic Research, Nature / 08.10.2016

MedicalResearch.com Interview with: Victor Guryev PhD Team Leader European Research Institute for the Biology of Ageing (ERIBA) MedicalResearch.com: What is the background for this study? Response: Decoding of human genomes progresses at an enormous speed. Thirteen years after completion of the first human genome reference, we now obtained full genome information for tens of thousands individuals. This number is expected to reach millions in the next few years. Processing this information is a challenge on its own: we learned how to detect small changes such as single nucleotide variants (SNVs), but identification of larger, structural DNA variants (SVs) is far from being perfect. END_OF_DOCUMENT_TOKEN_TO_BE_REPLACED
Continue Reading
Author Interviews, Genetic Research / 26.01.2015

MedicalResearch.com Interview with: Joao Pedro de Magalhaes, PhD Institute of Integrative Biology Biosciences Building, Room 245 University of Liverpool UK Integrative Genomics of Ageing Group: http://pcwww.liv.ac.uk/~aging/ Medical Research: What is the background for this study? What are the main findings? Response: Our understanding of species differences in longevity (e.g., why can mice not live more than 5 years or dogs more than 30, yet bats can live over 40 years, humans over a century and bowheads over two centuries) is very poor and thus our findings provide novel candidate genes and mechanisms for future studies. The candidate genes we found with evidence of bowhead-specific functions may play a role in the exceptional longevity and disease resistance of these animals. In particular, we discovered changes in bowhead genes related to cell cycle, DNA repair, cancer, and aging that suggest alterations that may be biologically-relevant.  So my own view is that this points toward improved DNA repair and cell cycle regulation mechanisms to prevent DNA damage accumulation during the lifescourse which in turn promotes longevity and resistance to age-related diseases like cancer. END_OF_DOCUMENT_TOKEN_TO_BE_REPLACED
Continue Reading
Author Interviews, NEJM, OBGYNE / 27.03.2014

MedicalResearch.com: What are the main findings of the study? Dr. Xiao:  The study presents the first cases of human primary infertility due to mutation in a zona pellucida gene. We have identified a homozygous frameshift mutation in ZP1 ( GenBank accession number, KJ489454) resulting in the aberrant ZP1, which affects the formation of zona pellucida. We detected an autosomal-recessive pattern of inherited infertility. END_OF_DOCUMENT_TOKEN_TO_BE_REPLACED
Continue Reading
Author Interviews, Genetic Research, Mayo Clinic, Mental Health Research, Nature / 12.03.2014

MedicalResearch.com Interview with: Prof. Dr. Sven Cichon, PhD Director, Division of Medical Genetics University Hospital Basel Human Genomics Research Group Department of Biomedicine University of Basel Basel, Switzerland MedicalResearch.com: What were the main findings of the study? Answer: We have identified two new gene regions that represent pieces of the jigsaw puzzle of genetic and non-genetic factors that lead to the development of bipolar disorder. One is the gene ADCY2 (Adenylate Cyclase 2) which is involved in signal transmission within nerve cells. The other region comprises two genes, both presumably playing a role in neurodevelopmental processes (MIR2113 and POU3F2). Importantly, these results come out of the largest of these kinds of studies so far, involving altogether more than 24,000 people. END_OF_DOCUMENT_TOKEN_TO_BE_REPLACED
Continue Reading
Alzheimer's - Dementia, Author Interviews, Genetic Research, Nature / 16.08.2013

MedicalResearch.com Interview with: Daniel Belsky, PhD NIA Postdoctoral Fellow Center for the Study of Aging and Human Development Duke University Polygenic risk and the development and course of asthma: an analysis of data from a four-decade longitudinal study MedicalResearch.com: What are the main findings of the study? Dr. Belsky : We looked to the largest-ever genome-wide association study of asthma (that study by the GABRIEL Consortium included more than 26,000 individuals) to identify genetic variants that could be used to construct a genetic profile of asthma risk. We then turned to The Dunedin Multidisciplinary Health and Development Study, a unique cohort of 1,000 individuals who have been followed from birth through their fourth decade of life with extensive measurements of asthma and related traits. We computed a “genetic risk score” for each person based on the variants identified in GWAS.  Then, we looked at who developed asthma, when they developed asthma, and what that asthma looked like in terms of allergic response and impaired lung function. What we found: (1) People with higher genetic risk scores were more likely to develop asthma and they developed asthma earlier in life. (2) Among children who developed asthma, the ones at higher genetic risk were more likely to have persistent asthma through midlife. (3) Genetic risk was specifically associated with allergic asthma that resulted in chronic symptoms of impaired lung function. (4) People with higher genetic risk score developed more severe cases of asthma. As compared to people with a lower genetic risk, they were more often absent from school and work because of asthma and they were more likely to be hospitalized for asthma. (5) The genetic risk score provided new information about asthma risk that could not be obtained from a family history. END_OF_DOCUMENT_TOKEN_TO_BE_REPLACED
Continue Reading