Metformin in Pregnancy Associated With Increased Obesity in Children 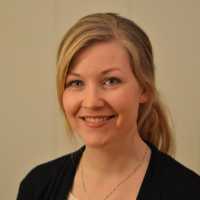 MedicalResearch.com Interview with: Liv Guro Engen Hanem, PhD Candidate Department of Clinical and Molecular Medicine Norwegian University of Science and Technology MedicalResearch.com: What is the background for this study? Response: The antidiabetic drug metformin is increasingly used in pregnancy: to treat gestational diabetes and type 2 diabetes, and to prevent pregnancy complications related to polycystic ovary syndrome (PCOS) and obesity. Metformin passes the placenta, and the fetus is thus exposed to the drug. Although no teratogenicity has been reported, metformin might have long-term effects on offspring health. This study is a follow-up of cardiometabolic risk factors of 141 5- to 10-year-old children born in the PregMet study. This study was a double-blind, randomized controlled trial (RCT) designed to test the hypothesis that metformin given throughout pregnancy reduces the prevalence of pregnancy complications that are associated with the common endocrine disorder PCOS. Pregnant women with PCOS were randomized to receive metformin or placebo throughout pregnancy. END_OF_DOCUMENT_TOKEN_TO_BE_REPLACED
Continue Reading
Author Interviews, CMAJ, Diabetes, OBGYNE / 15.05.2017

MedicalResearch.com Interview with: Dr. Gillian Booth PhD Researcher at St. Michael's and the Institute for Clinical Evaluative Sciences (ICES) MedicalResearch.com: What is the background for this study? What are the main findings? Response: The impact of climate change on health is becoming increasingly relevant given the rise in global air temperature, and there is growing evidence supporting a link between air temperature, metabolic function, and energy expenditure. We know from animal models and small studies in humans that cold exposure and activate a type of fat known as brown fat and it appears that this process can improve sensitivity to insulin. However no studies have yet looked at air temperature and the development of diabetes. So we decided to examine the relationship between outdoor air temperature and gestational diabetes – a temporary form of diabetes that arises in the second trimester of pregnancy. END_OF_DOCUMENT_TOKEN_TO_BE_REPLACED
Continue Reading
Author Interviews, Diabetes, OBGYNE / 18.02.2017

MedicalResearch.com Interview with: Dr Sophie Jacqueminet Praticien Hospitalier Service de Diabétologie Pole Cardio Métabolisme Hôpitaux Universitaires Pitié Salpêtrière - Charles Foix MedicalResearch.com: What is the background for this study? What are the main findings? Response: The proportion of women who are overweight or obese is increasing in almost all countries worldwide, and this is being accompanied by an increased risk of developing both type 2 diabetes (T2D) (whether pregnant or not) and gestational diabetes (GDM). While other studies have analysed the links between GDM and adverse outcomes in babies, very large studies that draw on an entire national database, study, are rare. In our research, all 796,346 deliveries taking place after 22 weeks in France in 2012 were included by extracting data from the hospital discharge database and the national health insurance system. Outcomes were analysed according to the type of diabetes and, in the GDM group, whether or not diabetes was insulin-treated. The cohort of 796,346 deliveries involved 57,629 (7.24%) mothers with gestational diabetes mellitus. Data linking the mother to the child were available for 705,198 deliveries (88% of the total). The risks of adverse outcomes were two to four times higher for babies of mothers with type 2 diabetes before pregnancy (pregestational diabetes) than for those with GDM. We then adjusted our data, limiting the analysis to deliveries after 28 weeks to ensure all women diagnosed with GDM were included (since diagnosis of GDM in most cases takes place at or after 28 weeks). Following adjustment, the increased risk of various complications for mothers with gestational diabetes versus mothers without GDM were: preterm birth 30%; Caesarean section 40%; pre-eclampsia/eclampsia 70%; babies born significantly larger than average size (macrosomia) 80%; respiratory distress 10%; birth trauma 30%; and cardiac malformations 30%. While these increased risks combine women with both insulin- and diet-treated GDM, most of the increased risk is found in women with insulin-treated GDM. This is because as stated above, the diabetes is more serious and blood sugar more difficult to control in women who need insulin treatment, resulting in a higher risk of complications than in those women treated with diet only. END_OF_DOCUMENT_TOKEN_TO_BE_REPLACED
Continue Reading
Author Interviews, Diabetes, Diabetologia, NIH, OBGYNE / 21.09.2016

Bidirectional Link Between Depression and Risk of Gestational Diabetes

MedicalResearch.com Interview with: Cuilin Zhang MD, PhD Senior Investigator NICHD, National Institutes of Health MedicalResearch.com: What is the background for this study? What are the main findings? Response: Pregnant women are at high risk of developing depressive symptoms; at least 10% US women suffering from depression during pregnancy. Gestational diabetes is a common pregnancy complication, affecting 4-7% of pregnancies in the U.S.. Gestational diabetes has adverse health implications on both women and their children. Depression and glucose intolerance commonly co-occur among non-pregnant individuals; however, the temporal relationship between gestational diabetes and depression during pregnancy and the postpartum period is less understood. END_OF_DOCUMENT_TOKEN_TO_BE_REPLACED
Continue Reading
Author Interviews, Diabetes, OBGYNE / 19.09.2016

MedicalResearch.com Interview with: Anastasia Katsarou PhD LUND University MedicalResearch.com: What is the background for this study? What are the main findings? Response: The study is using data from the Mamma study which screened pregnant women during 2003-2005. During this period, we gathered results from the oral glucose tolerance tests that the women underwent at the 28th week of pregnancy. We used data on the 2hour blood glucose levels from these tests and the frequency of women who were diagnosed with gestational diabetes and grouped them into months and seasons. We gathered also data on the mean monthly temperatures from the Swedish Meteorological and Hydrological Institute. We observed that the 2hour glucose levels and the frequency of women diagnosed with gestational diabetes were statistically significantly higher during the summer months. END_OF_DOCUMENT_TOKEN_TO_BE_REPLACED
Continue Reading