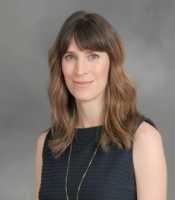 MedicalResearch.com Interview with: Alison Gemmill, PhD Assistant Professor Johns Hopkins Bloomberg School of Public Health  MedicalResearch.com: What is the background for this study? What are the main findings? Response: A growing body of evidence suggests that the circumstances surrounding the 2016 presidential election may have had a uniquely negative impact on the health of U.S. Latino population. Few studies, however, have evaluated the population health implications of the election for Latina mothers and their children. We used national data and methods that control for temporal patterning to test the hypothesis that preterm birth rose above otherwise expected levels among Latina women in the U.S. following the election of Donald Trump. We find that the number of preterm births among Latina women increased above expected levels following the election. Specifically, we find 3.5 percent more preterm births among Latinas than projected for nine months following election. END_OF_DOCUMENT_TOKEN_TO_BE_REPLACED
Continue Reading
This website uses cookies to improve your experience. We'll assume you're ok with this, but you can opt-out if you wish.AcceptReject Read More
Privacy & Cookies Policy