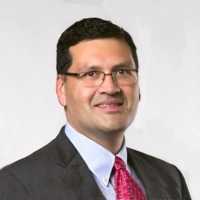 MedicalResearch.com Interview with: Dr. Jesus G. Berdeja, MD Director of Myeloma Research Sarah Cannon Nashville, TN MedicalResearch.com: What is the background for this study? Response: Despite many advances in the treatment of multiple myeloma in recent years, the majority of patients will progress through all available therapies and ultimately succumb to their disease. Thus there is still a high unmet medical need. The Phase 1b/2 CARTITUDE-1 study evaluates the safety and efficacy of JNJ-4528, an investigational BCMA-directed CAR-T therapy, in the treatment of patients with relapsed or refractory multiple myeloma. Participants in this study have already tried approved therapies, and had received a median of five prior treatment regimens and their median overall survival is less than 12 months. END_OF_DOCUMENT_TOKEN_TO_BE_REPLACED
Continue Reading
Author Interviews, Global Health, JAMA, Leukemia / 21.05.2018

MedicalResearch.com Interview with: Andrew J. Cowan, MD Seattle Cancer Care Alliance Division of Medical Oncology University of Washington, Seattle MedicalResearch.com: What is the background for this study? What are the main findings? Response: Multiple myeloma (MM) is a plasma cell neoplasm with substantial morbidity and mortality. A comprehensive description of the global burden of multiple myeloma is needed to help direct health policy, resource allocation, research, and patient care. Myeloma cases and deaths increased from 1990 to 2016, with middle-income countries contributing the most to this increase. Treatment availability is very limited in countries with low socioeconomic development. END_OF_DOCUMENT_TOKEN_TO_BE_REPLACED
Continue Reading
Author Interviews, Cancer Research, Hematology, NEJM / 15.12.2017

MedicalResearch.com Interview with: Dr. Ajai Chari, MD Associate Professor of Medicine Multiple Myeloma Program and Associate Director of Clinical Research Mount Sinai Hospital, New York MedicalResearch.com: What is the background for this study? Would you briefly explain multiple myeloma (How common is it, whom does it chiefly affect, etc.)? Response: Multiple myeloma is a rare form of blood cancer that occurs when plasma cells grow uncontrollably in the bone marrow. It is estimated that approximately 30,280 people will be diagnosed and 12,590 will die from the disease in the United States in 2017. While some patients with multiple myeloma have no symptoms at all, symptoms can include bone fracture or pain, low red blood counts, fatigue, calcium elevation, kidney problems or infections. Despite tremendous progress, most patients with multiple myeloma continually relapse or become resistant to available therapies, such as proteasome inhibitors (PIs) and immunomodulatory agents. Therefore, these patients continue to need new options. The MMY1001 (EQUULEUS) study is a Phase 1b, open-label study assessing daratumumab in combination with multiple backbone regimens for multiple myeloma. In one arm of the study, supporting the recent approval of DARZALEX (daratumumab), the treatment was assessed in combination with pomalidomide and dexamethasone in patients with multiple myeloma who had received a prior PI and an immunomodulatory agent. Data from the study showed that the addition of daratumumab resulted in an overall response rate (ORR) of 59.2 percent (95 percent CI: 49.1 percent, 68.8 percent), with very good partial response (VGPR) achieved in 28.2 percent of patients. Complete response (CR) was achieved in 5.8 percent of patients and stringent CR (sCR) was achieved in 7.8 percent of patients. END_OF_DOCUMENT_TOKEN_TO_BE_REPLACED
Continue Reading
Author Interviews, Cancer Research, Chemotherapy, Hematology, Immunotherapy / 09.12.2015

MedicalResearch.com Interview with: Dr. Ajai Chari MD Associate Professor Medicine, Hematology and Medical Oncology Tisch Cancer Institute Mount Sinai School of Medicine New York, NY Medical Research: What is the background for this study? Dr. Chari: This is a heavily pretreated population where the median progression free survival (PFS) of the pomalidomide dexamethasone is only 4 months and ORR is only 31%. While the anti CD38 monoclonal antibody daratumumab has single agent has activity in this setting, patients with rapidly progressive disease need combination therapy to achieve rapid and deep responses. Pomalidomide also upregulates CD38 on MM cells and like daratumumab, increases the effector cell activity against myeloma. Thus, there is a strong preclinical and clinical rationale for combining daratumumab with pomalidomide and dexamethasone. END_OF_DOCUMENT_TOKEN_TO_BE_REPLACED
Continue Reading