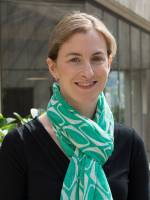 Rachel L. Winer, PhD Professor Department of Epidemiology School of Public Health HPV Research Group University of Washington Seattle, WA  MedicalResearch.com: What is the background for this study? Response: In the U.S., 25% of women do not receive recommended cervical cancer screening. Increasing screening participation is a high priority, because over half of the 12,000 cervical cancers diagnosed each year in the U.S. are in women who are underscreened. Currently available options for cervical cancer screening in the U.S. include Pap testing or HPV testing, either alone or in combination. HPV self-sampling is an emerging option for screening because HPV tests – unlike Pap tests – can be performed on either clinician- or self-collected samples, with similar accuracy. Internationally, several countries (including Australia and the Netherlands) include HPV self-sampling as a cervical cancer screening option for underscreened women.  END_OF_DOCUMENT_TOKEN_TO_BE_REPLACED
Continue Reading
Author Interviews, BMJ, Cancer Research, HPV, OBGYNE / 13.02.2019

MedicalResearch.com Interview with: Matejka Rebolj, PhD King’s College London, London, UK   Professor Henry Kitchener, MD FRCOG FRCS University of Manchester, Manchester, UK   MedicalResearch.com: What is the background for this study? Response: We now have reliable and affordable technologies to detect human papillomavirus (HPV), a virus which is universally accepted as the cause of cervical cancer. Various large trials confirmed that cervical screening could be improved by replacing the smear (cytology) test that has been in use for decades, with HPV testing. Many countries are now making the switch. In England, this is planned for the end of 2019. To test how to run HPV testing within the English National Health Service, a pilot was initiated in 2013 in six screening laboratories. We also wanted to determine whether the encouraging findings from the trials could be translated to everyday practice. This is important not only because we will be using different HPV tests, but also because women undergoing screening in trials are much more selected than those who are invited to population-based screening.  END_OF_DOCUMENT_TOKEN_TO_BE_REPLACED
Continue Reading
Author Interviews, Cancer Research, HPV, Infections / 25.01.2019 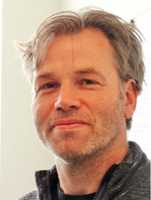 MedicalResearch.com Interview with: Prof. J. (Hans) Berkhof PhD Vrije Universiteit Amsterdam  MedicalResearch.com: What is the background for this study? What are the main findings?  Response: In most countries, the Pap test is used for cervical cancer screening but recently several countries have switched from Pap testing to HPV testing. Like the Pap test, the HPV test requires a cervical sample to be taken by a clinician. Vaginal self-sampling is also used, but only in underscreened women. We know that self-sampling increases screening participation in underscreened women and it is likely that many women that attend screening also prefer self-sampling if it had been offered to them. We studied whether an HPV self-sampling test is an accurate alternative to a regular HPV test in women invited for routine screening. We randomized about 14,000 women, invited for screening, to self-sampling or clinician-sampling. Women with a positive HPV test result also received the other HPV test. We found that the HPV self-sampling test yielded similar performance as the regular HPV test for detection of cervical pre-cancerous lesions (CIN3 and CIN2).  END_OF_DOCUMENT_TOKEN_TO_BE_REPLACED
Continue Reading
Author Interviews, Cancer Research, HPV, JAMA, OBGYNE / 13.10.2018 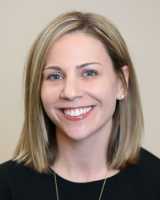 MedicalResearch.com Interview with: Fangjian Guo, MD, PhD Assistant Professor BIRCWH Scholar Department of Obstetrics & Gynecology Center for Interdisciplinary Research in Women’s Health The University of Texas Medical Branch MedicalResearch.com: What is the background for this study? What are the main findings? Response: National guidelines consistently recommend against cervical cancer screening among women with a history of a total hysterectomy for a benign condition. These women are unlikely to develop high-grade cervical lesions. The goal of our study was to assess whether these guidelines are being followed. We examined the use of Pap testing among US adult women with a history of total hysterectomy for a benign condition and the roles of health care providers and patients in the initiation of Pap test use. We found that in 2013, 32% of women who have had a hysterectomy received an unnecessary recommendation for cervical cancer screening from a health care provider in the past year; 22.1% of women with hysterectomy received unnecessary Pap testing. Although the majority of Pap tests were performed at a clinician’s recommendation, approximately one fourth were initiated by patients without clinician recommendations. According to standard 2010 US Census population figures, about 4.9 million unnecessary Pap tests are performed annually among women who have had a total hysterectomy for a benign condition. At approximately $30 per test, $150 million in direct medical costs could be saved annually if screening guidelines were followed for these women. END_OF_DOCUMENT_TOKEN_TO_BE_REPLACED
Continue Reading
This website uses cookies to improve your experience. We'll assume you're ok with this, but you can opt-out if you wish.AcceptReject Read More
Privacy & Cookies Policy