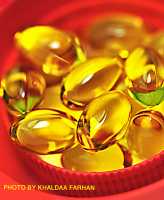 Philippa Middelton MPH Associate Professor Healthy Mothers, Babies and Children South Australian Health and Medical Research Institute Adelaide, Australia  MedicalResearch.com: What is the background for this study? What are the main findings? Response: For several decades, it has been known that fish or fish oils can lengthen gestation. In our Cochrane review of 70 studies and nearly 20,000 women we show that fish oil (mainly as omega-3 fatty acid supplements), prevents premature birth, specifically END_OF_DOCUMENT_TOKEN_TO_BE_REPLACED
Continue Reading
Author Interviews, OBGYNE, Pediatrics, Pediatrics / 21.12.2017 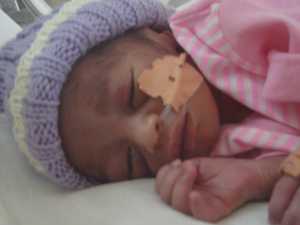 Suvi Alenius, MD National Institute for Health and Welfare Helsinki and Oulu, Finland MedicalResearch.com: What is the background for this study? What are the main findings? Response: Parents of very or extremely low birth weight infants are less likely to have subsequent children after preterm birth. We assessed whether this phenomenon extends over the whole range of prematurity. We now show that parents of preterm-born infants (gestational age less than 37 completed weeks of gestation) have fewer subsequent children than do parents of term born infants. This is not limited to the extreme group of parents of children born very preterm, but is even seen within the large groups of parents of infants born less preterm. END_OF_DOCUMENT_TOKEN_TO_BE_REPLACED
Continue Reading
Author Interviews, OBGYNE, Pediatrics, UCLA / 10.11.2015

Large Racial and Ethnic Gaps Exist In US For Premature Births

MedicalResearch.com Interview with: Edward R. B. McCabe, MD, PhD Senior Vice President and Chief Medical Officer Professor Adjunct of Pediatrics Yale University School of Medicine Distinguished Professor Emeritus, Department of Pediatrics & Inaugural Mattel Executive Endowed Chair of Pediatrics, UCLA School of Medicine Inaugural Physician-in-Chief, Mattel Children's Hospital Chief Medical Officer March of Dimes Medical Research: What is the background for this study? What are the main findings? Dr. McCabe: The March of Dimes Prematurity Campaign was launched in 2003. The goal of the campaign is to lower the rate of premature birth to 8.1 percent of live births by 2020 and to 5.5 percent by 2030. Premature birth is the leading cause of death for newborns, and a major cause of childhood disabilities. Worldwide, 15 million babies are born preterm, and nearly one million die due to complications of an early birth. The U.S. preterm birth rate ranks among the worst of high-resource nations. Babies who survive an early birth often face serious and lifelong health problems, including breathing problems, jaundice, vision loss, cerebral palsy and intellectual delays. The US earned a “C” on the 8th annual March of Dimes Premature Birth Report Card which revealed persistent racial, ethnic and geographic disparities within states. The report card provided preterm rates and grades for each state and the largest cities. The report card showed that although some progress is being made in reducing preterm births, not all families are sharing in the success. State specific information is available at marchofdimes.org/reportcard Portland, Oregon has the best preterm birth rate of the top 100 cities with the most births nationwide, while Shreveport, Louisiana has the worst, according to the 2015 Report Card. The U.S. preterm birth rate was 9.6 percent in 2014. The report card shows more than 380,000 babies were born too soon last year. END_OF_DOCUMENT_TOKEN_TO_BE_REPLACED
Continue Reading
Author Interviews, Heart Disease, Pediatrics / 10.11.2013

Martha Mullett, MD MPH Neonatology West Virginia Universty Ped&Neo 1 Medical Center Dr Morgantown, WV 26506   MedicalResearch.com: What are the main findings of the study? Dr. Mullett: The unique findings in this study relate to differences in triglycerides (TG) in premature infants and small for gestational age (SGA) infants when in 5th grade, at which time the children are approximately 11 years old.  Premature infants have higher triglyceride levels in 5th grade than term infants.(p<.05)  This difference appears in those premature infants who become overweight/obese by this age, but this reaches only a trend level. (p=.058) SGA infants who become overweight/obese by 5th grade (BMI ≥ 85th percentile) have TG that are significantly higher than all other 5th grade groups. END_OF_DOCUMENT_TOKEN_TO_BE_REPLACED
Continue Reading
This website uses cookies to improve your experience. We'll assume you're ok with this, but you can opt-out if you wish.AcceptReject Read More
Privacy & Cookies Policy