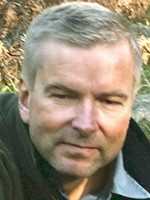 MedicalResearch.com Interview with: Mikael Norman, MD, PhD, Professor Karolinska Institutet & Karolinska University Hospital Stockholm, Sweden  MedicalResearch.com: What is the background for this study? Response: So far, preterm birth has been difficult to predict and prevent. In particular, extremely preterm birth has continued to be an issue in terms of optimal care before and after birth, costs and long term health outcomes. Therefore, studies on how the management and outcome varies over time in these patients are important. END_OF_DOCUMENT_TOKEN_TO_BE_REPLACED
Continue Reading
Author Interviews, Cognitive Issues, JAMA, Pediatrics / 26.02.2018

MedicalResearch.com Interview with: Sabrina Twilhaar, MS, PhD candidate Child Study Group, sectie Klinische Neuropsychologie Vrije Universiteit Amsterdam MedicalResearch.com: What is the background for this study? What are the main findings?  Response: It is well-known that preterm birth has negative consequences for cognitive development. During the early 1990s important progress in neonatal health care resulted in a considerable increase in the survival of preterm infants. Earlier meta-analyses showed large differences in intelligence between very preterm and full-term born children. However, these meta-analyses included mostly studies on children born before 1990. Because of the advances in neonatal health care since that time, it was important to update our knowledge on the outcomes of more recently born preterm infants. We combined the results of 71 studies, together including 7752 very preterm and 5155 full-term born children, and found a difference in intelligence between very preterm and full-term children that was still large. Interestingly, despite advancing neonatal health care, we also found no indication of improvement in the cognitive outcomes of very preterm born children during the period from 1990 to 2008. In addition, we searched for factors that increase the risk for poor cognitive outcomes in these children and we found that children with a chronic lung disease that is amongst others caused by mechanical ventilation of the immature lungs are even more at risk for poor cognitive outcomes. END_OF_DOCUMENT_TOKEN_TO_BE_REPLACED
Continue Reading
Anesthesiology, Author Interviews, JAMA, Pediatrics, Pulmonary Disease / 26.09.2017

MedicalResearch.com Interview with: Shabih U. Hasan, MD, DCH, FRCPC Professor and Staff Neonatologist, Alberta Health Services Department of Pediatrics, Cumming School of Medicine University of Calgary MedicalResearch.com: What is the background for this study? Response: Approximately 8% of all infants are born prematurely (preterm birth <37 weeks postmenstrual age). Preterm infants have many challenges including establishment of adequate pulmonary gas exchange. Due to not yet fully developed lungs, preterm infants require respiratory support consisting of respirators and other forms of non-invasive ventilation modalities and supplemental oxygen.  Bronchopulmonary dysplasia (BPD) is the commonest morbidity among very low birth weight infants as 40% of survivors at postmenstrual age <30 weeks develop BPD. This is a serious condition as it can lead to short- and long-term pulmonary complications, increased hospital visits and neurodevelopmental impairment. BPD is defined where preterm infants require respiratory support and/or supplemental oxygen at 36 weeks postmenstrual age. A number of therapeutic and non-therapeutic modalities have been used to prevent BPD including inhaled nitric oxide (iNO).  In 2006, the NO CLD trial demonstrated that iNO prevented BPD (Relative benefit 1.81; CI 1.27-2.59, P = 0.006) if used according to the NO CLD Protocol (Ballard et al., New England Journal of Medicine, 355:343-353, 2006). Our study (NEWNO; Newborns treated with Nitric Oxide) was designed to replicate the NO CLD study. END_OF_DOCUMENT_TOKEN_TO_BE_REPLACED
Continue Reading
Author Interviews, BMJ, Pediatrics / 21.08.2017

MedicalResearch.com Interview with: Dr. Andrei Morgan and Dr.Veronique Pierrat Obstetrical, Perinatal, and Pediatric Epidemiology Team, Epidemiology and Biostatistics Sorbonne Cité Research Center INSERM, Paris France Descartes University, Paris, France Department of Neonatal Medicine, Jeanne de Flandre Hospital, Lille, France.  MedicalResearch.com: What is the background for this study? Response: The risk of neurodevelopmental and behavioural disabilities remains high in children and adults born preterm. In the 2000s, outcomes of neonates born extremely preterm was described in several settings, but the outcome of neonates born very and moderately preterm was rarely reported. However, in absolute numbers, these infants represent a larger proportion of preterm births and account for more children with long-term deficits and learning disabilities. EPIPAGE-2 is a national study which aims to study short and long term outcomes of children born at 22-26 weeks’gestation, 27-31 weeks’gestation and 32-34 weeks’gestation in France in 2011. We also compared results from this study with the first EPIPAGE study, carried out in 1997. At two years of age, neuro motor and sensory impairment, as well as overall development, were investigated by sending questionnaires to the attending physician and the parents. END_OF_DOCUMENT_TOKEN_TO_BE_REPLACED
Continue Reading