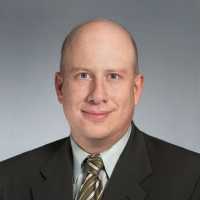 MedicalResearch.com Interview with: Alex Spira, MD, PhD, FACP Medical Oncologist Virginia Cancer Specialists and Chair of the US Oncology Research Executive Committee MedicalResearch.com: What is the background for this study? Would you explain what the conjugate consists of and what types of cancer it may target? What are the main findings? Response: The concept of the CX072 and CX2029 studies is that they use what’s called a probody molecule that gets broken down only at the tumor site. This is completely novel in that it helps diminish toxicity by not having less systemic absorption. In the case of CX2029, this target was previously undruggable, meaning the systemic toxicity was too high. By limiting it to activity at the tumor, that is significantly abated. END_OF_DOCUMENT_TOKEN_TO_BE_REPLACED
Continue Reading
ASCO, Author Interviews, OBGYNE, Ovarian Cancer / 12.06.2020

Platinum-Sensitive, Recurrent Ovarian Cancer: Trial of Surgery + Chemo With and Without Bevacizumab

MedicalResearch.com Interview with: Robert L. Coleman, MD, FACOG, FACS Chief Scientific Officer US Oncology Research MedicalResearch.com: What is the background for this study? Response: For years, there has been general support for surgery in patients with recurrent ovarian cancer supported by reams of retrospective studies that suggest patients live longer if they have surgery preceding chemotherapy. Suggested hypotheses from these trials were that patients most likely to benefit from the procedure were those with good performance status (could tolerate the procedure), had long platinum-free interval (surrogate for potential for chemotherapy response) and those in whom all disease could be resected. Each of these are also characteristics that would portend a good prognostic cohort in general and would likely do better than other patients without these characteristics. So there was a strong selection bias in these retrospective surveys. Thus, the call for randomized trials. GOG-213 was launched in 2007 with 2 primary endpoints: 1. Determine the impact of adding bevacizumab to paclitaxel/carboplatin in patients with platinum-sensitive recurrent ovarian cancer, and 2. Determine if surgery increases overall survival. END_OF_DOCUMENT_TOKEN_TO_BE_REPLACED
Continue Reading
ASCO, Author Interviews, Cancer Research, Electronic Records / 30.05.2020 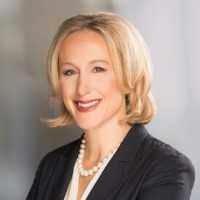 MedicalResearch.com Interview with: Debra A. Patt, MD, PhD, MBA, FASCO Editor-in-chief of the Journal of Clinical Oncology - Clinical Cancer Informatics Medical oncologist at Texas Oncology, and US Oncology Research Breast Cancer Committee member MedicalResearch.com: What is the background for this study? Response: Cancer care is increasing in complexity with differentiation of cancer subtypes, new treatments, and treatment sequences and combinations. Complying with evidence based therapy has become an increasing challenge. We see that compliance with guideline based care across the country is highly variable. Our study evaluated an electronic health record based Clinical Decision Support System to facilitate compliance with evidence based guidelines--or pathways--to deliver care to adult patients with cancer. END_OF_DOCUMENT_TOKEN_TO_BE_REPLACED
Continue Reading