Inflammation Leads to Epigenetic and Metabolic Changes that Benefit Cancer. 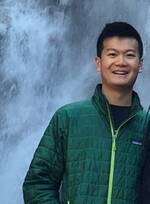 MedicalResearch.com Interview with: Royce Zhou, MD/PhD Candidate Icahn School of Medicine at Mount Sinai MedicalResearch.com: What is the background for this study? Response: The background of this story is to see whether things outside of the cancer cell, such as the tumor microenvironment, can lead to epigenetic changes within the cancer cell. These changes are largely believed to be due to factors inside the cell, not outside. Super-enhancers are the top 1-2% of enhancers in the genome. They control cell identity genes and oncogenes in cancer. END_OF_DOCUMENT_TOKEN_TO_BE_REPLACED
Continue Reading
Author Interviews, Bristol Myers Squibb, Cancer Research, Pharmaceutical Companies / 19.03.2020 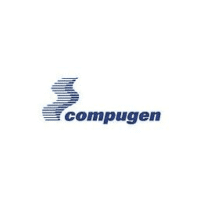 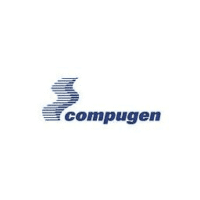 Anat Cohen-Dayag, Ph.D. President and CEO Compugen MedicalResearch.com: What is the background for this announcement? Would you discuss Compugen’s underlying cancer hypothesis regarding the targeting of multiple checkpoint pathways to enhance tumor response? Response: Cancer immunotherapy has revolutionized the landscape for cancer treatments by providing new drug options leading to lasting benefits for patients. Yet, response rates vary greatly across different cancer indications, leaving a significant unmet medical need for many patients and a continuing challenge to discover new biological pathways that can serve for the development of new cancer immunotherapies for non-responsive and refractory patients. Using a computational approach which is designed to discover new biological pathways and drug targets, we identified PVRIG as a novel immune checkpoint and a newly discovered inhibitory pathway in the DNAM axis. Our hypothesis is that PVRIG and TIGIT (another inhibitory pathway discovered by us and others) are two parallel and complementary inhibitory pathways in the DNAM axis and that in certain tumor types and patient populations, there may be a need to block both PVRIG and TIGIT in order to enhance anti-tumor immune responses. Moreover, reported molecular intersections between the DNAM axis and the PD-1 pathway, the most prevalent pathway targeted by approved immunotherapies, suggest that there is a linkage between these three pathways. As such, our PVRIG inhibitor may work in synergy with PD-1 and TIGIT inhibitors, suggesting that various drug combinations may be required to address these three pathways based on their dominance in different cancer patients and cancer indications. With this recently announced Phase 1/2 triple combination study, we will be directly testing our hypothesis of an intersection between the three parallel immune checkpoint pathways – PVRIG, TIGIT and PD-1 – and that the simultaneous blockade of these pathways has the potential to synergistically enhance anti-tumor immune response and expand the reach of cancer immunotherapy to patients non-responsive or refractory to approved immunotherapies.  END_OF_DOCUMENT_TOKEN_TO_BE_REPLACED
Continue Reading
Author Interviews, Breast Cancer, Radiation Therapy / 25.02.2020

Radiation Kills Cancer Cells, But May Also Protect Some Tumor Stem Cells That Can Spread 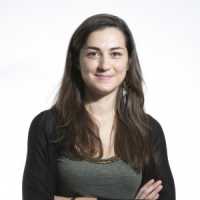 MedicalResearch.comInterview with:
Alexandra Avgustinova PhD
Postdoctoral fellow at the Institute for Research in Biomedicine (IRBBarcelona)

Response: The basis of this study was the strong association between closed chromatin and high mutation rate reported several years ago. We were surprised to see this observation being widely interpreted as a causal association, as it was largely based on correlative studies without experimental backing. Therefore we decided to experimentally test for the first time whether indeed altering chromatin opening would affect mutation rate or distribution within tumours.

Response: We found that, despite significantly increasing chromatin opening, loss of the histone methyltransferase G9a did not have any major influence on the mutation rate or distribution within cutaneous squamous cell carcinomas. These results demonstrate that chromatin opening does not play a major role in determining the mutation rate within tumours, and we speculate that other, confounded factors (e.g. replication timing or H3K36me3 levels) are likely causal for the observed association. This, however, remains to be proven experimentally.

Another major conclusion of our study was that although tumour initiation was delayed and tumour burden decreased in the absence of G9a, the tumours that did develop were highly aggressive due to selection for more aggressive tumour clones. This finding was contrary to many published reports suggesting G9a as a good candidate for clinical targeting, highlighting the need for long-term follow-up in pre-clinical studies.

MedicalResearch.com Interview with: Thomas N. Darling, MD, PhD Department of Dermatology Uniformed Services University of the Health Sciences Bethesda, MD 20814 Medical Research: What is the background for this study? What are the main findings? Dr. Darling: Many people with tuberous sclerosis complex (TSC) have skin tumors that can bleed or cause distress. Only surgical approaches were useful for treating these skin tumors in the past. Recently, drugs called mTOR inhibitors, including sirolimus, were shown to shrink internal tumors in those affected by tuberous sclerosis complex. We wanted to document what happens to the skin tumors in those being treated with oral sirolimus. We found that most patients taking oral sirolimus showed improvement in their skin tumors, and that these effects were maintained during a couple years of treatment. We did not observe any evidence for the skin tumors becoming resistant to the drug. END_OF_DOCUMENT_TOKEN_TO_BE_REPLACED
Continue Reading
Author Interviews, Cancer Research, Radiology / 29.12.2014

MedicalResearch.com Interview with: Ulas Sunar, Ph.D. Research Assistant Prof. Dept of Biomedical Engineering SUNY-University at Buffalo Medical Research: What is the background for this device? What are the main implications? Dr. Sunar: Most of ovarian cancer cases are not diagnosed until after the disease has spread in the abdominal cavity. A major challenge is to detect and remove dozens or hundreds of metastatic tumor nodules within the abdominal cavity. Fluorescence endoscopy can utilize the high sensitivity and specificity of fluorescence contrast and high resolution of endoscopic imaging. We are developing a clinically-relevant, fiber-based endoscopy system that allows both accurate fluorescence imaging and for projecting adaptive-shaped light for light-induced chemodrug delivery. The system can provide high contrast for improved demarcation and trigger drug release to destroy micrometastases. The system utilizes a highly sensitive camera and structured light illumination scheme with a projector for accurate fluorescence imaging of drug distribution, as well as allows light-triggered drug release and adaptive light delivery for optimized treatment of micrometastases. We expect that our novel illumination and drug release strategy will permit lower doxorubicin doses to be administered while simultaneously achieving more specific drug delivery in order to destroy the micrometastases and improve survival rates. END_OF_DOCUMENT_TOKEN_TO_BE_REPLACED
Continue Reading