Racial Disparities in How Students Pay For Medical School 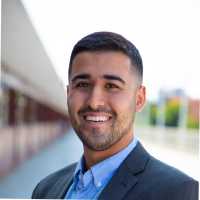 MedicalResearch.com Interview with: Arman Shahriar Medical Student University of Minnesota Medical School Research Consultant HealthPartners Institute MedicalResearch.com: What is the background for this study? What are the main findings? & What should readers take away from your report? Response: Financing medical school is an opaque and important topic because the cost of attendance of medical school has risen much faster than inflation for decades. Over the same time period, the racial wealth gap has widened. We found significant differences in how students of different socioeconomic and racial/ethnic backgrounds are planning to pay for medical school at the time of matriculation. Family or personal financing is far more common for high-income students. Among Black students, family or personal financing was markedly lower than other racial/ethnic groups, which could be a reflection of the wealth gap - which is rooted in structural racism. This may create educational disparities as the field becomes increasingly racially, ethnically, and socioeconomically diverse; there are many costs outside of tuition and living that may be considered "variable" or "non-essential" but necessary for high-quality education, including expensive board prep materials and transportation during clinical rotations. Furthermore, the stark deficit in family financing may be one reason why Black students currently report the highest debt burden of all racial/ethnic groups. END_OF_DOCUMENT_TOKEN_TO_BE_REPLACED
Continue Reading
Author Interviews, JAMA, Sexual Health / 11.11.2018

Janna A Dickenson, PhD Doug Braun-Harvey Postdoctoral Fellow Program in Human Sexuality Department of Family Medicine University of Minnesota Medical School MedicalResearch.com: What is the background for this study? What are the main findings? Response: Researchers and clinicians have contested the term “sex addiction” in favor of alternative definitions and symptom presentations. Recently, the ICD-11 has characterized compulsive sexual behavior disorder (CSBD) as a persistent pattern that involves failing to control intense sexual urges or sexual behaviors that results in significant levels of distress and/or impairment in one’s functioning.
Researchers estimate that CSBD affects 2-6% of the population and is much more common among cisgender men than cisgender. Using a randomized national sample, we assessed the prevalence of a key feature of CSBD that researchers and clinicians agree upon: distress and impairment associated with difficulty controlling sexual feelings, urges, and behaviors.
We performed this assessment with a screening tool called the Compulsive Sexual Behavior Inventory (CSBI). Of the 2,325 adults, 8.6 percent overall (10.3 percent of individuals who identified as men and 7 percent of individuals who identified as women) met the clinical threshold of the CSBI; meaning that 8.6% of people expressed difficulty controlling their sexual feelings, urges and behaviors and experienced distress and/or impairment as a result. To be clear, this does not mean the 8.6% of the sample endorsed CSBD, but that 8.6% of our sample exhibited significant distress or impairment related to difficulty controlling one's sexual behaviors.
END_OF_DOCUMENT_TOKEN_TO_BE_REPLACED
Continue Reading