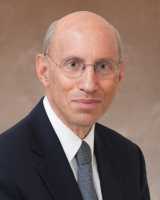 Response: Posttraumatic stress disorder (PTSD) is a complex and difficult-to-treat disorder, affecting 10-20% of veterans across eras. Previous research raised the question of whether a non-trauma focused treatment can be as effective as trauma exposure therapy in reducing PTSD symptoms. The overall objective of the study was to compare Transcendental Meditation (TM), a non-trauma focused practice, to prolonged exposure (PE) in a non-inferiority clinical trial, and to compare both to a PTSD health education control group.

Transcendental Meditation was found to be as effective as PE in reducing PTSD symptoms severity from baseline to three-month posttest. In standard superiority comparisons, significant reductions in PTSD symptoms were found for TM vs. HE, and PE vs. HE. Percentages of participants with clinically significant improvement, as measured by the Clinician-Administered PTSD Scale (CAPS) interview (≥10 point reduction), were TM=61%, PE=42%, and HE=32%

Response: Findings indicate that Transcendental Meditation may provide a viable alternative option to current trauma-based therapies for treating veterans with PTSD. TM could be readily implemented in government healthcare systems in the U.S. and other countries to help treat veterans who do not respond to or avoid treatment with trauma-focused therapies.

Response: Longer-term follow up in a larger, multi-site study would help advance the knowledge found from the current phase 2 clinical trial. In addition, a larger multi-site trial could include larger numbers of women suffering from military-related trauma in order to adequately evaluate the effect of TM in female veterans.

Response: The appendix to the research article includes two patient perspectives. The following is an excerpt from a female veteran who learned Transcendental Meditation.

Ms. K., currently 32 years old, is a Navy veteran who was diagnosed with military sexual trauma. She explained: “Shortly after my Navy career I began to experience … an onset of paranoia that escalated to full blown PTSD. I would drink alcohol to excess to numb the pain of loneliness I felt from isolation. I was afraid to venture out of my house or drive or do anything that included interaction with people.” During the first TM instructional session, Ms. K. reported that her practice was “easy,” “peaceful” and “pleasant.” and over the four-day course of instruction she experienced feeling “calmer.” She explained: “Through TM I began to trust, blossom, and most of all I began to heal. I began to come out of my nightmares and face the battle I had ahead. I began to attend the (treatment) sessions faithfully, I began to drive and I started community college. I got the courage to apply for a job in a hospital. This program has given me my life back.”