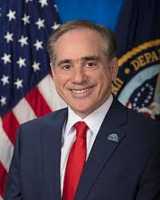 MedicalResearch.com Interview with: David Shulkin, MD Ninth Secretary, U.S. Department of Veterans Affairs Washington, District Of Columbia Shulkin Solutions LLC Gladwyne, Pennsylvania MedicalResearch.com: What is the background for this study? What are the main findings?  Response: I came to VA in 2015 as Under Secretary for Health, as a result of the 2014 wait time crisis.  At that time, it was determined that in some locations, veterans had been waiting for care for too long and there were allegations that this had resulted in harm to a number of veterans.  I was in the private sector at the time, but was asked by President Obama to come and help improve the situation. Upon my arrival we created systems to determine which veterans were waiting for urgent healthcare and which ones for routine care.  From here, we established same day services for all veterans waiting for urgent care through primary care and behavioral health access points.  This goal was achieved nationwide at the end of 2016.  When I became Secretary in 2017,  we began publishing our wait time data for all to see, so that veterans had accurate information on which to base their choices on and to provide transparency into where we were improving and where we needed to focus our efforts.  In addition, through programmatic and legislative efforts, we expanded our utilization of private sector options so that veterans with clinical needs would be able to get better access to care. This study was meant to determine whether our efforts from 2014 had resulted in improvements to access and in addition how access to care in the VA compared to access in the private sector.   Despite limitations in the data available from the private sector (since others do not publish their actual wait time data similar to VA) we used a data set that we felt had some applicability for these comparisons. We found that for the most part, VA wait times are often shorter than in the private sector,  and that VA wait times had improved since 2014 while the private sectors access had stayed the same.  END_OF_DOCUMENT_TOKEN_TO_BE_REPLACED
Continue Reading
Author Interviews, Lancet, Mental Health Research, PTSD / 16.11.2018

MedicalResearch.com Interview with: Sanford Nidich, Ed.D. Director, Center for Social-Emotional Health Maharishi University of Management Research Institute Fairfield, Iowa MedicalResearch.com: What is the background for this study? What are the main findings? Response: Posttraumatic stress disorder (PTSD) is a complex and difficult-to-treat disorder, affecting 10-20% of veterans across eras. Previous research raised the question of whether a non-trauma focused treatment can be as effective as trauma exposure therapy in reducing PTSD symptoms. The overall objective of the study was to compare Transcendental Meditation (TM), a non-trauma focused practice, to prolonged exposure (PE) in a non-inferiority clinical trial, and to compare both to a PTSD health education control group. Transcendental Meditation was found to be as effective as PE in reducing PTSD symptoms severity from baseline to three-month posttest. In standard superiority comparisons, significant reductions in PTSD symptoms were found for TM vs. HE, and PE vs. HE. Percentages of participants with clinically significant improvement, as measured by the Clinician-Administered PTSD Scale (CAPS) interview (≥10 point reduction), were TM=61%, PE=42%, and HE=32%  END_OF_DOCUMENT_TOKEN_TO_BE_REPLACED
Continue Reading
Author Interviews, Brain Injury / 08.11.2018

MedicalResearch.com Interview with: Clara E. Dismuke-Greer, PhD Health Equity and Rural Outreach Innovation Center Ralph H. Johnson Department of Veterans Affairs Medical Center Charleston, SC 29401 MedicalResearch.com: What is the background for this study? What are the main findings? Response: The background for this study is that previous research we had published had shown that Hispanic U.S. Veterans diagnosed with Traumatic Brain Injury (TBI) had higher risk of mortality than non-Hispanic White U.S. Veterans, even after accounting for the effects of comorbidities as well as socio-demographics. This study sought to investigate further this apparent racial/ethnic disparity. Using a 10 year cohort followed for up to 14 years, and adjusting for TBI severity as well as comorbidities, socio-demographics and military factors, when we included location (urban vs. rural vs. highly rural vs. U.S. Territory (Puerto Rico, U.S. Virgin Islands, Guam, America Samoa and Mariana Islands), as well as race/ethnicity, we found that the racial/ethnic disparity disappeared, and that it was location which became statistically significant. Our main findings were that Veterans diagnosed with TBI residing in U.S. Territories have lower survival and higher risk of mortality relative to Veterans residing on the U.S. Mainland , even after statistical adjustment for the factors listed above. END_OF_DOCUMENT_TOKEN_TO_BE_REPLACED
Continue Reading
Accidents & Violence, Author Interviews, Gender Differences / 20.02.2017

MedicalResearch.com Interview with: Jeanne Mager Stellman, PhD Professor Emerita & Special Lecturer Department of Health Policy & Management Mailman School of Public Health Columbia University York NY 10032 MedicalResearch.com: What is the background for this study? Response: We examined the experiences of 1285 American women, military and civilian, who served in Vietnam during the war and responded to a mail survey conducted approximately 25 years later in which they were asked to report and reflect upon their experiences and social and health histories. The data were collected as part of a much larger study that centered about methodological approaches to studying health effects of the military herbicides used in Vietnam. To our knowledge, this is the first study (a) to describe the experiences of civilian women deployed to a war zone and to compare them to those of military women; (b) to differentiate the experiences and outcomes among military women by the length of their military career service; (c) to contextualize the general health and happiness, marital characteristics, and childbearing patterns of women deployed to Vietnam and those of their peers by comparing them to a contemporaneous nationally representative age-matched cohort, the General Social Survey (GSS). Overall, this paper provides insight into the experiences of the understudied women who served in Vietnam, and sheds light on subgroup differences within the sample. END_OF_DOCUMENT_TOKEN_TO_BE_REPLACED
Continue Reading
Accidents & Violence, Author Interviews, Sexual Health / 31.08.2015 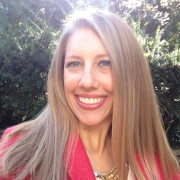 MedicalResearch.com Interview with: Shannon K. Barth MPH Department of Veterans Affairs Office of Public Health, Post Deployment Health Epidemiology Program Washington, District of Columbia Medical Research: What is the background for this study? Response: This study used data from the “National Health Study for a New Generation of U.S. Veterans,” a population-based health study of 20,563 Operation Iraqi Freedom and Operation Enduring Freedom Veterans and their non-deployed counterparts, conducted in 2009-2011.  A two-question measure of sexual harassment and sexual assault based on an existing clinical screen used by Veterans Health Administration (VHA) providers was included on the survey. Consistent with use in clinical settings, a veteran was considered to have experienced MST if they responded affirmatively to either of the two questions. While estimates of the prevalence of MST based on the clinical screener are available, these estimates only provide information about veterans who use VHA services and may not generalize to the broader OEF/OIF veteran population. This new survey provides a unique opportunity to assess MST experiences among a representative sample of OEF/OIF veterans in a confidential setting. Additionally, we were able to assess responses to the sexual harassment and sexual assault questions separately and collectively. Medical Research: What are the main findings? Response: The main findings from our study are that 41% of women and 4% of men reported experiencing MST. Veterans who reported using VHA services had a higher risk of MST compared to those who didn’t receive VHA services. The relationship between deployment to OEF/OIF and experiencing MST differed between men and women. Combat-exposed veterans had greater risk of reporting MST compared to those not exposed to combat, while controlling for deployment status. Among women, approximately 10% reported experiencing sexual assault. In contrast, 0.5% of male participants reported experiencing sexual assault. END_OF_DOCUMENT_TOKEN_TO_BE_REPLACED
Continue Reading