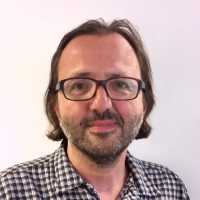 Dr. Mateu-Gelabert: Heroin production in Colombia increased dramatically in recent decades, and some studies point to an increase in local heroin consumption since the mid-1990s. Despite this rapid increase, little is known about the effects of these activities on heroin injection within Colombia. One of the biggest concerns surrounding heroin injection is the potential spread of HIV through drug user networks.

Dr. Mateu-Gelabert: The key take home message in the paper is that a widespread early implementation of harm reduction services (e.g. opioid substitution therapy, HIV testing, syringe exchange programs)  can prevent HIV among young PWID (People Who Inject Drugs) before it rapidly spreads within drug injection networks. Reducing HIV among young drug injectors could prevent the spread of HIV from PWID to the general population.

Additionally, it seems Colombia and the US face parallel situations:

Dr. Mateu-Gelabert: Colombia has an opportunity to prevent an HIV epidemic by implementing harm reduction interventions among  People Who Inject Drugs. By highlighting the importance of such interventions in Colombia, this article underscores issues that may have important public health implications for other countries and regions faced with similar emerging heroin markets. Further research on heroin consumption in Colombia and heroin distribution routes to neighboring countries could serve as an early warning regarding the spread of heroin-related HIV epidemics elsewhere in Latin America.

Heroin Use and Injection Risk Behaviors in Colombia: Implications for HIV/AIDS Prevention.