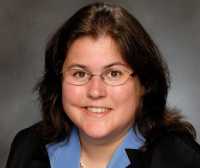 Response: Several medical advances have been made over the past two decades to improve the care and survival of infants born pre-term. However, approaches to care differ greatly among providers for infants born at the limits of viability (22 to 24 weeks gestation), far earlier than the 40 weeks generally expected for a pregnancy to reach full-term. Little is known about the outcomes of these infants, particularly whether those who survive experience significant neurodevelopmental impairments.

RTI served as the data coordinating center for this research that examined the survival and neurodevelopmental impairment at 18-22 months corrected age of over 4,000 infants born at 22 to 24 weeks gestation during 2000 to 2011 at medical centers participating in a national research network funded by the NIH. In this group of babies, infant survival improved over time from survival rates of 30 percent in 2000-2003 to 36 percent in 2008-2011. The proportion of infants who survived without a neurodevelopmental impairment also increased from 16 percent in 2000-2003 to 20 percent in 2008-2011.

Response: Risks of death and poor neurodevelopmental outcomes remain high for this population. Continued research is needed on prenatal care and monitoring to prevent pre-term births, as well as neonatal care for babies who are born at these early stages.