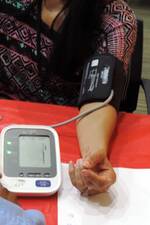 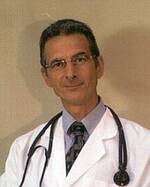 Response: Up to now doctors measured blood pressure (BP) on standing only in elderly people on pharmacological treatment with the purpose of detecting orthostatic hypotension. In young-to-middle-age people BP is currently measured only in the lying or the sitting posture.

Our starting point was that young borderline hypertensive people have an increased sympathetic activity and thus they might be hyperreactive to physical stimuli such as assuming the orthostatic posture which may be deleterious in the long run. This hypothesis was tested in the HARVEST, a study initiated in Italy in 1990, in which over 1200 young patients screened for stage 1 hypertension were enrolled. 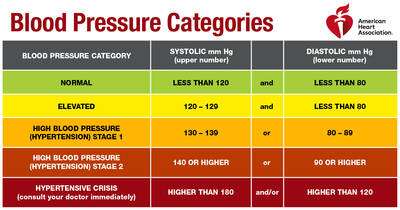 Response: Indeed, our results proved that people hyperreactive to standing had an increased risk of developing a cardiovascular events in future years. During a 17.2-year follow-up, 105 major cardiovascular or renal events (MACE) were accrued. In a survival model, people hyperreactive to standing had a doubled risk of developing MACE in future years. Hyperreactivity remained an independent predictor of adverse events even when many other risk factors, ambulatory BP data and incident hypertension during follow-up were included in the survival model. Our data indicate that in young-to-middle-age hypertensive subjects an exaggerated systolic blood pressure response to standing (systolic blood pressure increase greater than 6.5 mmHg) is associated with sympatho-adrenergic hyperreactivity and is an independent predictor of MACE.

Response: Measuring blood pressure on standing after the patient has been lying on the bed is a very simple and costless maneuver that every doctor should do in his/her office. If the patient has a systolic blood pressure increase greater than 6-7 mmHg this patient is at increased risk of cardiovascular events. Many people spend part of their daytime performing activities while they are standing up and thus their BP will be on average higher than that one can detect in the lying/sitting posture. In addition, their high reactivity to standing means that they are likely to be hyperreactive also to other stimuli of daily life. The practical consequence at the clinical level is that the hyperreactive young patient should be treated pharmacologically by the doctor at an earlier stage looking not only at the level of sitting blood pressure but also at the level of standing blood pressure. This medical approach will prevent the development of a cardiovascular event and/or the impairment of renal function.

Response: In the present study we could collect a relatively small number of MACE due to the young age of our participants. In addition, we investigated only white subjects. Our results should be confirmed by future investigations in larger samples including also other ethnic groups.

In the meanwhile, we hope that international scientific societies recognize the importance of measuring BP on standing in the young and that official recommendations will include in the near future this BP assessment in the standard evaluation protocols of people with high blood pressure.