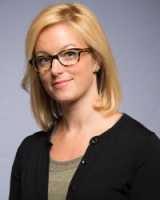 Response:   Abortion is a critical component of public health. The objectives of this study were to assess the prevalence of abortion among population groups and changes in rates between 2008 and 2014, as well as to provide an updated estimate of the lifetime incidence of abortion.

Response:   Abortion is a common experience; approximately 1 in 4 women will have an abortion by age 45. While abortion rates declined among all groups of women, some groups experienced steeper declines than others. Improvements in contraceptive use likely contributed to the decline in abortion, though it is possible that some women were unable to access abortion due to restrictive state policies.

Disparities in abortion rates correspond with disparities in unintended pregnancy. Not only do women of color and those with family incomes less than 100% of the federal poverty level have higher rates of abortion than do white women and those with higher incomes, but they also have higher rates of unintended birth. Equitable access to wide range family planning and contraceptive services would better allow women in underserved populations to avoid unintended pregnancy, but these efforts alone will not eliminate these disparities. Efforts should also be devoted to making sure that women who want abortions are able to have them without having to overcome financial and logistical barriers.

Response:        Future research and interventions focused on abortion and unintended pregnancy should seek to understand the underlying causes of disparities in reproductive health outcomes, because this information could inform a comprehensive set of policies and programs that benefit all women.