MedicalResearch.com Interview with: Laura Schummers, ScD (she/her/hers) Postdoctoral Fellow, Contraception and Abortion Research Team CIHR Patient-Oriented Research Leadership Fellow Post-doctoral Trainee, ICES McMaster UBC - Department of Family Practice | Women's Health Research Institute MedicalResearch.com: What is the background for this study? Response: Canada was the first country in the world to remove all supplemental restrictions on the dispensing and administration of mifepristone, making the drug available as a normal prescription. This meant that the abortion pill could be prescribed by any doctor or nurse practitioner, dispensed by any pharmacist, and taken by patients when, where and if they choose. END_OF_DOCUMENT_TOKEN_TO_BE_REPLACED
Continue Reading
OBGYNE / 06.07.2021

Things To Consider Before Terminating A Pregnancy

If you’re absolutely sure that... 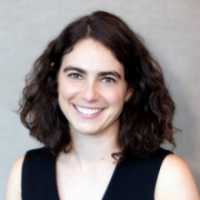 MedicalResearch.com Interview with: Sarah Baum, MPH investigator at the Texas Policy Evaluation Project Associate at Ibis Reproductive Health MedicalResearch.com: What is the background for this study?   Response: Before 2013, use of medication abortion in Texas mirrored national trends, which have steadily increased since the approval of mifepristone--one of the two medications used for medication abortion--in 2000. However, House Bill 2 (HB 2), which was implemented on November 1, 2013, imposed restrictions on medication abortion and required providers to follow the outdated mifepristone label. HB 2 reduced the gestational age limit to 49 days and generally required four visits. On March 29, 2016, the US Food and Drug Administration (FDA) approved a revised label for Mifeprex® (mifepristone 200 mg) that reflected evidence-based practice, which essentially nullified the medication abortion restrictions in HB 2. The label change brought medication abortion prescribing guidelines in line with evidence-based practice, reducing the number of required in-person visits from four to two and extending the period when patients can take the pill from seven weeks of pregnancy to 10 weeks. END_OF_DOCUMENT_TOKEN_TO_BE_REPLACED
Continue Reading
Author Interviews, JAMA, OBGYNE, Surgical Research / 29.06.2018

Are Abortions Safer in Ambulatory Surgery Centers Than Medical Offices?

MedicalResearch.com Interview with: Sarah CM Roberts, DrPH Associate Professor ObGyn&RS Zuckerberg San Francisco General UCSF MedicalResearch.com: What is the background for this study? What are the main findings? Response: Thirteen states have laws that require abortions to be provided in Ambulatory Surgery Centers (ASCs); many of these laws apply only in the second trimester.  We examined outcomes from more than 50,000 abortions provided in two facility types:  Ambulatory Surgery Centers and office-based settings. We found that there was no significant difference in abortion-related complications across facility type; in both settings, about 3.3% had any complication and about 0.3% had a major complication.  There also was no significant difference in complications across facility types for second trimester and later abortions. END_OF_DOCUMENT_TOKEN_TO_BE_REPLACED
Continue Reading
Author Interviews, CMAJ, OBGYNE / 29.01.2018 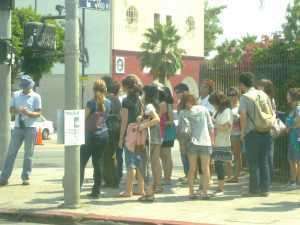 Ning Liu PhD Student Senior Research Analyst at ICES Institute of Health Policy, Management and Evaluation Institute for Clinical Evaluative Sciences University of Toronto MedicalResearch.com: What is the background for this study? What are the main findings? Response: Previous studies suggested intergenerational tendencies between a mother and her daughter in fertility patterns, such as when they give birth to a child for the first time, or the total number of children they have during their lifetime. We explored whether there is also an intergenerational tendency for induced abortion practices between a mother and her teen daughter. To do so, we used anonymized records of 431,623 daughters and their mothers, and found that a teenage daughter was twice as likely to have an induced abortion if her mother had had an induced abortion.  END_OF_DOCUMENT_TOKEN_TO_BE_REPLACED
Continue Reading
Author Interviews, OBGYNE / 21.10.2017

MedicalResearch.com Interview with: Jenna Jerman Senior Research Associate Guttmacher Institute New York, NY   10038 MedicalResearch.com: What is the background for this study? What are the main findings? Response:   Abortion is a critical component of public health. The objectives of this study were to assess the prevalence of abortion among population groups and changes in rates between 2008 and 2014, as well as to provide an updated estimate of the lifetime incidence of abortion. To estimate abortion rates, we used data from the Abortion Patient Survey, the American Community Survey, and the National Survey of Family Growth; the estimate of the lifetime incidence of abortion used data from the Abortion Patient Survey. Between 2008 and 2014, the abortion rate declined 25%, from 19.4 to 14.6 per 1,000 women aged 15 to 44.  Abortion rates declined among all groups of women, though declines steeper for some populations than others. The abortion rate for adolescents aged 15 to 19 years declined 46%, the largest of any group. Abortion rates declined for all racial and ethnic groups but were larger for non-white women than for non-Hispanic white women. Although the abortion rate decreased 26% for women with incomes less than 100% of the federal poverty level, this population had the highest abortion rate of all the groups examined: 36.6. If the 2014 age-specific abortion rates prevail, 24% of women in that year will have an abortion by age 45. END_OF_DOCUMENT_TOKEN_TO_BE_REPLACED
Continue Reading
Author Interviews, Lancet, OBGYNE / 06.10.2017

Many US Women Face Distance Barriers To Abortion Access

MedicalResearch.com Interview with: Jonathan Marc Bearak, PhD Senior Research Scientist Guttmacher Institute New York MedicalResearch.com: What is the background for this study? What are the main findings? Response: Although U.S. women who live farther from abortion clinics are less likely to obtain one, no national study has examined inequality in women’s access to abortion and whether inequality in abortion access has increased as the number of abortion clinics have declined. We found that half of women live within 11 miles of an abortion provider. However, 1 in 5 women would need to travel at least 43 miles. We found substantially greater variation within than across states, because even in relatively rural states, women and clinics were concentrated in urban areas. These disparities have persisted since at least 2000. END_OF_DOCUMENT_TOKEN_TO_BE_REPLACED
Continue Reading
Author Interviews, OBGYNE, Telemedicine / 20.05.2017

Can Telemedicine Enable Women To Safely Manage Their Own Abortions?

Abigail R.A. Aiken, MD, MPH, PhD Assistant Professor LBJ School of Public Affairs Faculty Associate Population Research Center University of Texas at Austin Austin, TX, 78713 MedicalResearch.com: What is the background for this study? What are the main findings? Response: We've known for some time that women in Ireland and Northern Ireland self-source their own abortions using online telemedicine. In fact, this model has revolutionized abortion access for Irish women. Yet very little was previously known about the outcomes of those abortions. How safe and effective are they? We wanted to address that knowledge gap with this study. What this research shows is that self-sourced medication abortion, conducted entirely outside the formal healthcare setting, can have high rates of effectiveness and low rates of adverse outcomes. Women can successfully manage their own abortions and recognize the symptoms of potential complications. Among the small number who experienced such a symptom, virtually all sought in-person medical attention as advised. END_OF_DOCUMENT_TOKEN_TO_BE_REPLACED
Continue Reading
Author Interviews, Education, OBGYNE / 08.03.2016

MedicalResearch.com Interview with: Cynthia R. Daniels PhD Professor, Political Science Department. Rutgers University New Brunswick, N.J. 08901  MedicalResearch.com: What is the background for this study? What are the main findings? Dr. Daniels: The study found that over 30% of information regarding embryological and fetal development is medically misleading in the informed consent materials states require women see before receiving an abortion.  Nearly half of the information provided about the 1st trimester of pregnancy, when most women have abortions, was medically inaccurate, meaning either 'false' or 'misleading.' END_OF_DOCUMENT_TOKEN_TO_BE_REPLACED
Continue Reading
Author Interviews, OBGYNE, Surgical Research / 03.01.2016

MedicalResearch.com Interview with: Gabriele Saccone, MD Department of Neuroscience Reproductive Sciences and Dentistry School of Medicine University of Naples Federico II Naples, Italy Vincenzo Berghella, MD Department of Obstetrics and Gynecology Division of Maternal-Fetal Medicine Thomas Jefferson University Philadelphia, PA 19107, USA Medical Research: What is the background for this study? What are the main findings? Dr Saccone: Preterm birth (PTB) is the number one cause of perinatal mortality in many countries, including the US. The annual societal economic burden associated with Preterm birth in the US was at least $26.2 billion in 2006, or about $51,600 per infant born preterm. Defining risk factors for prediction of PTB is an important goal for several reasons. END_OF_DOCUMENT_TOKEN_TO_BE_REPLACED
Continue Reading