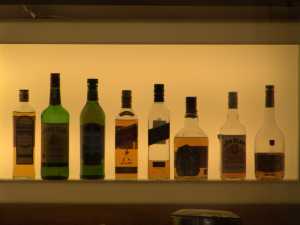 Response: Decades of research have shown that alcohol is a powerful psychotropic contributor to aggressive behaviour. Researchers have long suspected that alcohol increases aggression because it dampens activation in the prefrontal cortex, which leads to reduced inhibition, narrows attentional processing, and exaggerates hostile thinking. However, direct evidence has been lacking. We compared brain activity in intoxicated versus sober participants when they were given the opportunity to behave aggressively in the scanner against other men who provoked them.

We gave 50 healthy young men alcohol or a placebo. Participants who consumed alcohol breathalysed at .05. They did show decreased activation in the prefrontal cortex as expected. This was the first evidence to show that when intoxicated participants behave aggressively, they show reduced prefrontal activity. Interestingly, we found a positively correlation between prefrontal cortex activity and aggression, but only among intoxicated men. We think this reflects the fact that the participants in the alcohol condition were likely engaging in more hostile thinking about the provoking men.

Response: Alcohol doesn’t seem to cause aggression via simple disinhibition. The prefrontal cortex is implicated in numerous social behaviours and in this case may to be related to alcohol-induced aggression via both disinhibition and hostile cognition.