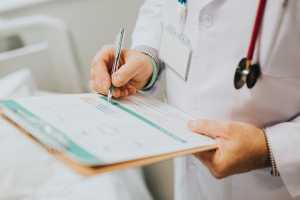 At least one half of the world’s 7.7 billion population do not have proper access to crucial health services. Even high-income countries with accessible and affordable healthcare are finding it difficult to meet the needs of their citizens. Meanwhile, in other parts of the world, millions of people spend a significant part of their household budget to be able to access health services — some are even pushed into poverty as a consequence. Given these facts and statistics, a comprehensive understanding of health insurance can be crucial in encouraging people to seek healthcare services as well as avoid complications from preventable conditions. If you want to know more about the status of healthcare all over the world, here’s a look at the healthcare systems of three top nations.

The State of Healthcare In The United States

The United States is considered the most powerful country in the world; however, its healthcare system still lags behind other high-income countries. Currently, there is no universal healthcare for U.S. citizens. There are federal-funded programs such as Medicaid that provides health insurance to low-income populations, the elderly and people with disabilities. The Affordable Care Act, which aimed to provide health insurance to all, was enacted in 2010 under the Obama administration. However, this is being challenged by the Trump administration’s American Health Care Act of 2017, which also seeks major reforms to healthcare in the United States.

Currently, U.S. citizens who are employed full-time receive private insurance through their employers. While some self-employed individuals and part-time employees opt for private health insurance, many of them have to pay for health services out-of-pocket. In many cases, these expenses are beyond their means. As it stands, healthcare has become one of the hottest issues in the lead-up to the country’s upcoming 2020 elections.

How Does Healthcare in Australia Compare?

Australia is considered to have a much better healthcare system than the United States; one reason being that it provides universal healthcare. Australia’s public health system, called Medicare, is available to all citizens, permanent residents and permanent visa holders. This means Australians pay little to no cost for access to high-quality health services. The federal government funds part of the costs through the Medicare levy, which collects 2% of Australians’ taxable income.

Private health cover is also readily available in Australia. The federal government encourages Australians to have private health insurance so they can have faster access when dealing with non-emergency situations as well as more choices of healthcare providers. Low- to middle-income Australians under 65 can receive up to 27% government subsidy for private insurance costs. Meanwhile, high-income earners are subjected to a private health insurance medicare levy. This is applicable for individuals who earn $90,000 a year or families who earn $180,000 a year. The Medicare levy surcharge, which can be 1%, 1.25% or 1.5%, encourages high earners to switch to private insurance to lessen the demand on the public healthcare system. Though Australia’s health system is one of the most efficient in the world, it’s still not perfect. Some of the issues are a low life expectancy for indigenous Australians, long waiting times for non-emergency procedures and high out-of-pocket costs for conditions not covered by Medicare.

A Look At Healthcare In The United Kingdom

Though the state of healthcare in Australia and the United Kingdom are comparable, the latter’s National Health Services is slightly better than the former’s Medicare. This is because the U.K. provides a full range of services for free to all residents. First established in 1948, the NHS receives 98.8% of its funds from tax and National Insurance contributions. U.K. residents have free access to preventive services such as screening and immunization, physician visits, inpatient and outpatient procedures. In some cases, individuals can also receive free palliative care as well as long-term care and rehabilitation. The NHS also provides free prescriptions and medications are capped at a certain amount. Private health insurance is still available but it is not necessary. Only about 10% of the population opt for private cover. However, those who do will have easier and faster access to health services, especially for non-emergency conditions.

While the U.K. healthcare system is the most impressive out of all three nations, there is a looming question on whether Brexit will significantly impact the NHS. For example, this might lead to changes in the employment of medical professionals from European Union member states as well as the U.K.’s supplies and access to medicine that come from outside the border. There’s also a question of whether U.K. citizens travelling or residing in other E.U. countries will receive the same level of healthcare and whether they will incur more costs for travel insurance.

Despite a pledge for universal healthcare by 2030, millions and millions of people around the world still struggle to have accessible and affordable health services. This is not limited to low-income nations and developing countries. Even a powerful nation like the United States has yet to implement a universal healthcare system. By looking at the status of healthcare in these three top nations, the goal is to deepen your understanding of health insurance and what measures you might need to receive the best possible medical care. This might even urge you to open up a dialogue with your local government on what can be done to improve healthcare.