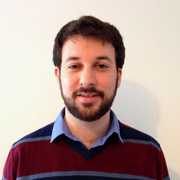 Response: Life expectancy at birth in the United States has been declining steadily since 2014, which is very unusual for a high-income country in times of peace. In fact, the last time that life expectancy declined in the US was in the early 1990s, and only briefly. Studies from the past few years have shown that the rise in mortality is concentrated among middle-aged Americans and particularly the lower socioeconomic classes.

Our study analyzed over 4.6 million death records in 2010 and 2017 to understand which causes of death account for the rise in mortality among white and black non-Hispanic US adults. In addition, given the substantial socioeconomic inequality in health in the US, we broke down our results by level of education, which is a good proxy for socioeconomic status. Essentially, our goal was to measure how many years of life were lost, on average, to each cause of death across different social groups.

Response: Our findings revealed that life expectancy at age 25—post-college age for most Americans—declined by about 0.2 years among white non-Hispanic men and women between 2010 and 2017. Although this may appear like a small number, it is quite alarming when considered in historical perspective, because over a 7-year period we would expect an increase in life expectancy of about one full year. Among black adults, life expectancy did increase significantly for women, but not men, for whom there seemed to be little change.

Digging a little deeper we found that not all Americans have experienced the same trend. The 0.2-year decrease in life expectancy for the entire study population was masking substantial inequality between education groups. Declines were greater among all but the college-educated, who continued to see improvements in life expectancy throughout the study period..

Response: Adult life expectancy declined for white non-Hispanic US adults from 2010 to 2017. This period also marked the end a long-term improvement in life expectancy for black men, for whom no significant change was observed. Our study also documented substantial social inequalities in mortality. Whereas life expectancy continued to increase among college-educated US adults, nearly all other groups experienced declines.

In spite of the substantial social inequalities in longevity, our findings point to a nationwide drug problem. Drug-related loss of life years increased in nearly all groups, including the well-educated, but more so among Americans without a college degree. The good news is that life years lost to smoking, cardiovascular diseases, and cancer declined in most groups from 2010 to 2017. Unfortunately, these improvements were counterbalanced by rising mortality from other causes of death, key among them were drug-related death

Response: Numerous studies have shown the rising importance of education to health and longevity. In addition to being a marker of socioeconomic status, educational attainment confers tangible rewards, both intrinsic and extrinsic, which are linked to healthier lifestyles and better health outcomes. It is not to say that granting every American with a college degree would solve the ongoing mortality crisis. Nevertheless, nationwide and state-level health policies should consider social inequalities as key determinants of longevity.

I have no conflict of interest to declare related to this work.