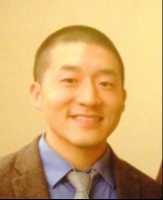 Response: A previous study indicated that states with medical marijuana laws had a reduced rate of opioid overdoses. If this is true, we’d expect to see similar reductions in opioid use associated with these laws. For this study, we used data from the FARS, a national surveillance system that records any crash events on US public roads that result in a fatality. Some states provide uniform testing of the majority of their deceased drivers, year to year. Among these states, we found that there was a lower prevalence of positive opioid toxicology tests among drivers crashing in states with an operational medical marijuana versus drivers crashing in states before a future medical marijuana law is implemented, particularly among drivers aged 21-40.

Response: I think the main take away here is that these laws appear to reduce the use opioids. While we only found a significant finding among young to middle aged adults, we may expect to see similar reductions across older age groups in the future if these programs are expanded or increasingly embraced by older cohorts.

Response: Future studies would do well by examining the components and aspects of these laws that have the greatest impact on opioid use and overdose. Not all laws are created equal, and particularly with medical marijuana laws, we have seen a trend towards more and more restrictive laws. It remains to be seen what impact this increased restrictiveness may have on opioid use or overdose.

Response: This study pertains to medical marijuana laws and not policies aimed at legalization for recreational use. In terms of public health, a societal view of marijuana as a “medicine” versus a “product” (e.g., tobacco) may have vastly different consequences for population health.