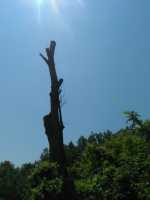 Response: CDC sought to identify and measure whether or not differences exist for deaths associated with extreme heat among non-citizens, who had been identified by previous studies as higher risk due to occupation.

Response:  States where heat deaths are commonly occurring among non-US citizens should consider tailoring heat prevention messages and interventions toward this high-risk community in addition to existing activities for other high-risk groups.

Response:  A limitation of the study is that we did not have information about occupation from the National Vital Statistics System mortality dataset, preventing us from studying or otherwise accounting for the role of this factor for which we did not have data. Therefore, additional studies regarding the circumstances of these non-U.S. citizen deaths can better elucidate risk factors and inform more targeted interventions.

Response: We do not know why heat deaths are happening so much in non-citizens. Based on this study, we know heat-related deaths in non-citizens are different from what we have previously seen in U.S. citizens, but we do not have enough information to conclude whether differences in health, lifestyle, occupation, cultural behaviors or other, currently unidentified risk factors play a role.