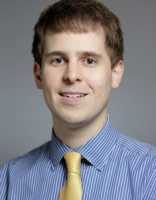 As the years have gone by, we have learned more and more about the connection between diabetes and heart failure. There is tremendous overlap between the two patient populations. Also, as more and more of the large cardiovascular outcome trials have been completed, we have seen multiple examples of various glucose lowering therapies either increasing or decreasing risk of heart failure events. Given all these data on heart failure/ diabetes interactions, the goal of our research was to carefully examine all of the completed large cardiovascular outcome trials of diabetes therapies to systematically describe the type of heart failure-related data they capture. As an initial step in improving heart failure characterization in these trials, we wanted to first describe what trials have already been doing and where the gaps in understanding heart failure in these trials exist.

Response: In our published manuscript, we detail multiple strategies for how future cardiovascular outcome trials can improve heart failure characterization.
Some suggestions include: