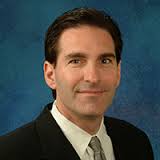 MedicalResearch.com Interview with: Markku Mäki, MD, PhD Professor (emeritus) at the University of Tampere and Presently research director at the Tampere University Hospital Tampere, Finland MedicalResearch.com: What is the background for this study? Response: The only treatment for this life-long gluten-induced autoimmune systemic disease is a strict avoidance of wheat, rye and barley, the food cereals which contain gluten, the environmental trigger and driving force in celiac disease.  Gluten causes intestinal inflammation, usually with (but sometimes without) gastrointestinal or nutritional symptoms or signs, and with frequent extra-intestinal diseases. However, it is impossible for celiac disease patients to avoid gluten entirely and indefinitely and a third of patients report symptoms on a strict gluten-free diet. Gut mucosal healing is not optimal in half of the patients, and inflammation and injury is detected for years after starting the diet, presumably due to contamination with gluten in the diet. This is why patients are requesting, and academia and industry are looking for novel adjunct therapies for celiac disease. Initially, these therapies are tested to prevent the consequences of hidden gluten; the ultimate goal being that also celiacs could one day eat safely wheat, barley and rye products. Some 20 novel experimental therapies are at present actively being investigated (modifying wheat or different drugs, devices and vaccines/immunotherapy). The present study investigated whether blocking interleukin 15, an important mediator of celiac disease, reduces or prevents gluten-driven ill health, both the inflammation and injury at the small intestinal mucosal level and gluten-induced symptoms. The experimental drug used was Amgen’s AMG 714, a human monoclonal antibody, used at a low and high dose, in the presence or absence of a high-dose gluten challenge. END_OF_DOCUMENT_TOKEN_TO_BE_REPLACED
Continue Reading