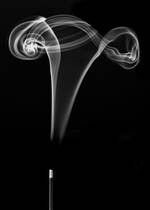 Response: A pregnancy loss is not such a rare event as you would think: it is estimated that about 50% of all conceptions (or 15% of the documented pregnancies) end in spontaneous miscarriage. About 1-2% of all couples trying to conceive will experience recurrent pregnancy loss (RPL), meaning 2-3 consecutive miscarriages, and despite going through numerous clinical investigations (hormonal tests, genetics and so) – about half of these cases will remain unexplained. This devastating phenomenon leaves couples with no explanation as to why they cannot bear a child. While most research in this field is focused on the reproductive organs (mainly the uterus), hormones and genes, we set out to look for new possible routes.

The literature regarding the tight connection between olfaction and reproduction, mainly by social body-odors (or pheromones), is heavily documented, especially in rodents. Body-odors emitted from males affect pubertal development of juvenile female rodents and estrus cycle, and females body odors affect other females’ fertility state. The most robust phenomenon in this relation is the Bruce effect, in which pregnant female mice who are exposed to body-odors from a non-stud male – will experience impanation failure in 80% of exposures! Since there is growing evidence for the involvement of the olfactory system in human reproduction, we asked whether the olfactory system is also involved in human reproductive disorders such as unexplained recurrent pregnancy loss (uRPL).

To answer this question, we recruited 40 women experiencing uRPL and 57 matched controls (who never experienced a miscarriage, and are at similar age to the uRPL women), and compared their olfactory profile, mainly in response to men’s body-odors.

When asked to rate these jars for the Intensity of the odor, its pleasantness, how much they are sexually attracted to the man possess this odor, and how much they think he is fertile. The uRPL group rated significantly different the odor of the non-spouse man in comparison to the control group, again indicating an altered response to men’s body odors.

We then tested whether this was because the uRPL women have simply a better sense of smell altogether. The women went through a battery of standard general olfactory abilities, in which we found they have only marginal better olfactory abilities in relation to everyday (and not body-odor-related) odors. Taking together the above experiments, the uRPL group displayed strikingly altered olfactory responses to men’s body odors, but less so in terms of ordinary (non-social) odors.

In the functional scans, we focused on the hypothalamus, the primary brain structure implicated in linking the brain’s olfactory and reproductive systems, and is responsible to regulate hormonal reactions, including pregnancy related hormones. We found a complete dissociation between the two groups, whereby, in response to men’s body odors, the uRPL groups displayed increased activation of the hypothalamus, while the control group showed reduced activation.

MedicalResearch.com: Is a clinical application feasible?

Response: Altogether, these findings provide compelling evidences for a connection between olfaction and reproduction in women experiencing unexplained repeated pregnancy loss. Since we obviously cannot expose pregnant women to men’s body-odors and see if they will miscarry, we cannot provide a causal explanation for how the olfactory system is related or involved in this phenomenon of repeated miscarriages, or is it vice-versa (experiencing repeated miscarriages affect these women’s olfaction and perception of men’s body odors). Therefore, we cannot conclude practical or clinical implications yet, and there is still long research ahead to explore and perform in this field.

Response: In spite of the above said, this is the first time to our knowledge that RPL is being studied in the brain. We do hope that our research will help shedding light into altered mechanisms leading to human pregnancy loss, and will encourage fertility experts to explore not only the reproductive system of women who experienced unexplained repeated pregnancy losses (mainly their uterus) but also search from brain mechanisms, and research the olfactory system as a possible guide to solve this mystery.

Response: Future research should, as we said, look for brain and olfactory mechanisms in women experiencing uRPL, but also- look at the other side of the relationship- the spouses, or maybe even the interaction between the two. Meaning, could there be something in men’s body-odors, or the specific interaction of these couples? In our relatively small cohort, we could not explore this question. We hope we opened a door for possible research directions which will help couples experiencing this devastating disorder.

Response: This study was conducted in Noam Sobel’s lab at the department of Neurobiology at the Weizmann Institute of Science in Israel, in collaboration with Prof. Howard Carp, head of the RPL clinic at Sheba, Tel Hashomer Medical Center in Israel. The study was funded by a European Research Council AdG. grant #670798 (SocioSmell). We want to thank all research team, and especially our participants. No disclosures.