Response: The new Zika virus epidemic in Brazil was recognized as starting in the first half of 2015 and the microcephaly epidemic was detected in the second half of that same year. 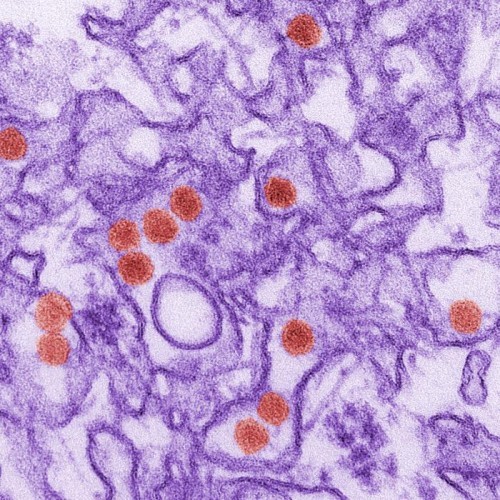 This is a transmission electron micrograph (TEM) of Zika virus, which is a member of the family Flaviviridae. Virus particles are 40 nm in diameter, with an outer envelope, and an inner dense core.

MedicalResearch.com: What should patients and clinicians take away from this report?

Response:  A limitation for the study was that the supposed Zika virus infection of the mothers was based exclusively on the mothers’ recall of rash during pregnancy. Therefore, the mothers cannot remember the exact month that they had rash, symptom of Zika infection, during pregnancy and this undermines the analysis for this hypothesis that was not the objective of this study.

Another limitation, for the moment, is that there is no routinely available test for definitive confirmation of the ZIKV infection; for this reason, in the majority of cases, the diagnosis of the Zika virus related congenital infection was established by clinical, epidemiological and radiological criteria, after the exclusion of other congenital infections.Citation:

Response: This is was a retrospective study of patients from the Associação de Assistência a Criança Deficiente” (AACD) that is one of four rehabilitation center reference for congenital infection presumed by ZIKV in Pernambuco, Brazil. Dr. Vanessa van Der Linden, Director Clinic of AACD is the second author of this work. The CT and MR images were first evaluated by neurologists of this work. Later, the CT and MRI images were reevaluated for two also experienced neuroradiologists and also authors of this work.

We, in this work, have tried to distinguish the abnormalities in babies with microcephaly from the patterns seen with other congenital infections. First we observed what are the most common types of brain changes and their locations in babies of our study. Then we compare these more often brain changes found in babies in our study with the patterns that are described in the literature for other infectious or hereditary diseases that can determine microcephaly. The objective was, also, to observe if a radiological pattern could be defined in this new disease that could support the clinical diagnosis within an epidemiological context.
Citation:
de Fatima Vasco Aragao Maria , van der Linden Vanessa, Brainer-Lima Alessandra Mertens, Coeli Regina Ramos, Rocha Maria Angela, Sobral da Silva Paula et al. Clinical features and neuroimaging (CT and MRI) findings in presumed Zika virus related congenital infection and microcephaly: retrospective case series study BMJ 2016; 353 :i1901
[wysija_form id=”5″]
35