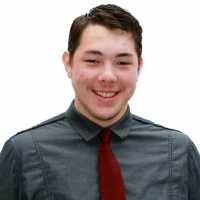 Medical Research: What is the background for this report?

Mr. Bibbs: In vector management, the uphill battle is always against the mosquito. And of those, the anthropophilic Yellow Fever mosquito, Aedes aegypti, has become established world-wide as a vector of several emergent diseases. Historically, these mosquitoes carried Yellow Fever and to this day still carry Dengue. Chikungunya, a newly established virus in the Caribbean, has joined the western hemisphere since 2014. And most recently, Zika virus made its way to Brazil and others in South America during 2015. This mosquito thrives in the United States as well, and should a traveler visit a country suffering from these disease and return home sick they risk passing it along to the representative mosquito in your home country.

In order to manage these risks, vector management programs employ an integrated approach using multiple techniques and surveillance tools. But oft-neglected are what is available over-the-counter to consumers wanting relief. One such tool is called “spatial repellents.” By vaporizing a minute amount of chemical into the air, it creates a flight barrier to the mosquito. The mosquito, upon encountering this vapor, will become disoriented and leave the area, thusly reducing bite contact. But as yet these tools are exclusively considered as repellent. But is that all they do?

Medical Research: What are the main indications for this device?

Mr. Bibbs: We found that the OFF! Clip-on triggered “knockdown” in Aedes aegypti. Simply put, “knockdown” is a form of acute paralysis caused by certain chemical families inhibiting nerve function. Pyrethroids, which are common to many every day insecticide labels, are the classic example of something that can cause this effect. The effect is most dramatic on flying pests like the mosquito. If the mosquito gets a high enough dose, they will fall right out of the air. The slower onset symptom is death. Mosquitoes tend to be a delicate pest; their success is not necessarily predicated on their hardiness, but rather their abundance and persistence (as we know so well). What that means for us is that the low volume of vapor pushed by the OFF! Clip-on is enough to kill a mosquito that is determined to fly through your little protective cloud. Within three feet, the mosquito will begin to risk knockdown and death. Once reaching within one foot of the source, the acute symptoms will occur within five to ten minutes.

Mr. Bibbs: For those interested in future research, numerous vectors have unknown side effects from these methods. Ticks, sand flies, and ectoparasites such as lice are relatively unexplored for how these tools affect them. I would encourage labs to expand their horizons to include different types of disease vectors.

Mr. Bibbs: I believe the name “spatial repellent” is a misnomer. In light of the recent evidence, I have taken more to thinking of them as “vapor active insecticides.” Given this, consumers should maintain the proper precautions for use and avoid running the device in enclosed spaces.

OFF! Clip-on Repellent Device With Metofluthrin Tested on Aedes aegypti (Diptera: Culicidae) for Mortality at Different Time Intervals and Distances