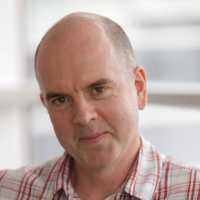 Medical Research: What is the background for this study?
Dr. Jarvis: This study is the latest in a series from a collaborative team involving scientists from the National Institutes of Health, University of California, Riverside and Plymouth University in the UK, and is an example of how I think science works best – when individuals with complementing areas of expertise come together to address a problem.

Dr. Jarvis: A main finding of the study is that the protection against Ebola virus that we observed in earlier studies in the mouse model translates to the experimental non-human primate model. This is a critical step in development of a vaccine for use in humans and other apes. At the applied level, we are interested in further development of this vaccine in a number of directions.

In the absence of detectable T cells against Ebola glycoprotein, the data presents the depletion of antibodies following challenge gives a graphic visualization of the antibody mediated protection, with the only animal to succumb to Ebola virus being the one in which antibody levels dropped to below detectable levels.