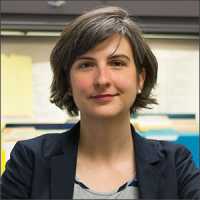 Dr. Abner: Diabetes is an important public health concern, and it has been linked to cognitive impairment and dementia, including dementia due to Alzheimer’s disease, in multiple studies of aging and cognition. Diabetes is considered by many to be a risk factor for Alzheimer’s disease, and there are many good reasons for scientists to have come to this conclusion. But, there are many brain diseases other than Alzheimer’s that cause dementia, and correctly identifying Alzheimer’s in a clinical patient can be deceptively difficult.

When we looked at a very large sample of autopsied research volunteers (>2000 persons), we found that brain infarcts were more common among people with diabetes compared to people without, but Alzheimer’s pathology was about the same in both groups. Others have made this observation before, but in much smaller samples. Replicating this finding in a large sample is strong evidence that it is in fact cerebrovascular disease and not Alzheimer’s pathology that should be the primary concern among people with diabetes. In addition, we found that having diabetes was predictive of worsened global cognition at the end of life.

Dr. Abner: Diabetes is very likely an important preventable cause of cognitive decline and dementia, and we think most of this is due to its negative effects on the vasculature structures of the brain. It is unknown at this time what the effects of different management strategies might be on improving cognitive outcomes, but we think that patients who have well-controlled diabetes are likely better off than those who do not. If patients do not have diabetes currently, they should take steps to avoid it.

Dr. Abner: There are several areas for future research.

Specifically, longitudinal studies of aging and cognition need to collect better data on multiple dimensions of diabetes, including duration, severity, blood measures, genetics, and treatment strategies. Ideally, these data would then be linked to cognitive and neuropathological outcomes.

There may specific subgroups of patients with diabetes who are particularly vulnerable to certain kinds of brain diseases, but right now we don’t know. Additionally, it would be useful to conduct studies limited to people with diabetes to evaluate interventions, like exercise or medications, that may prevent or reverse negative cognitive outcomes.