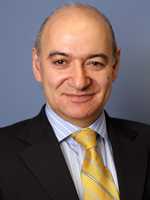 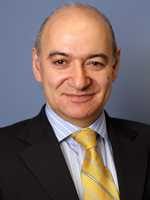 Response: Several analyses show that the lowest risk to the baby is if delivered at 39 weeks. As pregnancy goes beyond 39 weeks, the risk to the baby increases. On the other hand, the general belief was that induction of labor at 39 increases the risk of cesarean and may not be good for the baby. The guideline were that induction without medical indication, or what we call elective induction of labor, should not be done. However, the studies on which this belief was based were not appropriately designed or analyzed. These studies compared women who were induced at 39 weeks to those who had spontaneous labor at 39 weeks. This comparison is not appropriate. While induction is a choice, having spontaneous labor at 39 weeks is not by choice.  So the correct comparison should be between women who were induced at 39 weeks to those who were not induced and continued their pregnancy beyond 39 weeks. In other words, they continued until they had spontaneous labor or developed an indication to be delivered (expectantly managed). That is how the study was done. First time pregnant women were randomized between these 2 options. The reason the study was done in first time mothers is that they have the highest risk of cesarean compared with women who had delivered vaginally before.

Response: The main finding was that the outcome for the baby with elective induction at 39 weeks was not significantly different than the outcome in the pregnancies that were not induced. In fact, the outcome was better with induction but the difference did not reach the statistical significance that was set before the study so we cannot conclude that it was better but we can definitely say it was not worse.

The surprising finding was that the risk of cesarean was lower in those electively induced. There was also less women diagnosed with hypertension in pregnancy, probably because they did not stay pregnant long enough to develop it.

Response: The main take away is that there is no need to fear elective induction at 39 weeks. They should also discuss this option with their doctor and consider the benefits of this approach. One important point to keep in mind is that elective induction before 39 weeks is still not appropriate. So they or their doctor should not misinterpret these reasons to start doing elective inductions before 39 weeks. It is also critical that the pregnancy is accurately dated in order to make sure they are at 39 weeks when they are induced and not before.

Response: Future research should concentrate on how this approach, elective induction at 39 weeks, can be implemented in hospitals that were not involved in the study and what are the outcomes in these hospitals. Another area of research would be to find better ways to get the cervix ready for the induction (cervical ripening), even look at ways to do it outside the hospital, which would shorten the duration of the induction and time in the hospital.

Response: Some comments I have heard is that this approach may affect the patient flow on labor and delivery since women will be spending more time on labor and delivery. However, they forget that the lower number of cesareans more than makes up for this because women who deliver vaginally have shorter stays in the hospital than those who have cesarean.

Disclosures: I do not have any disclosures other than I was one of the investigators in the study and a co-author of the paper.