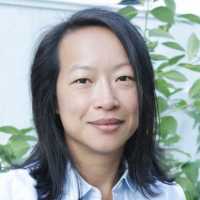 Response: Body shape reflects the underlying adipose tissue distributed throughout different compartments of the body (ectopic fat). Variation in ectopic fat is associated with diabetes, hypertension and heart disease. This is mostly independent of overall adiposity. Ectopic fat can be measured using special x-rays procedures such as CT (“CAT scans”) or MRI and can give more information about fat distribution. Fat distribution characteristics can run in families, suggesting that a person’s genes can help determine the amount of fat that can accumulate in different parts of the body. Identifying genes that are associated with ectopic fat can provide insight into the biological mechanisms leading to differences in cardiometabolic disease risk.

In order to understand which genes might be involved, we examined genetic variants across the genome and their association with ectopic fat in the largest study of its kind including over 18,000 individuals of four different ancestral backgrounds.

To test if any of the genes near the newly identified genetic regions may be involved in development of fat cells (adipocytes), genes in selected regions were examined in adipocytes isolated from mice. Silencing of either the ATXN1 or UBE2E2 gene appeared to impair lipid formation in mouse adipocytes and indicates these genes might be involved in adipocyte maturation. However, more intensive experimental work is needed to confirm the role of ATXN1 and UBE2E2 in adipocyte growth.

Response: Understanding genetics would give insight into the mechanisms of adipocyte biology and by extension insight into the pathogenic effects of variation in fat deposition and how that may lead to future cardiometabolic disease. Unfortunately, we are probably still a bit far away from using genetic information on ectopic fat loci to inform clinical practice. However, identifying these genetic regions may be helpful in future development of therapeutic agents.

Response: Next for the ectopic genetics field is to increase sample size, which is a relatively straightforward method to increase the ability to identify additional genetic loci. The UK Biobank is planning on performing MRI scans up to 100K participants by 2022. There are also some other studies, smaller than the UK Biobank sample, that will have ectopic fat measurements that could be incorporated into any future GWAS studies.

Next for the genetic loci identified in our study, would be secondary validation of the two genes we functionally validated, ATXN1 and UBE2E2, and further experimental studies to investigate the mechanisms and pathways in which these two genes influence adipocyte development and differentiation and how they are relevant to ectopic fat deposition.
MedicalResearch.com: Thank you for your contribution to the MedicalResearch.com community.