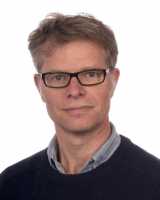 Response: Multiple mutations resulting in loss of a particular histone mark (H3K36me3) are frequently found in a number of cancer types. These include mutations resulting in loss of the tumour suppressor SETD2 (which trimethylates H3K36) and over-expression of the oncogene KDM4A (which demethylates H3K36me3), which together are observed in more than 10% of a number of cancer types. Notably, loss of H3K36me3 has been reported in more than 50% of pediatric high-grade gliomas. While loss of this histone mark is associated with poor prognosis, there is no targeted therapy yet.

Response: Following fruitful collaborations within the CRUK/MRC Oxford Institute for Radiation Oncology, we have developed a new way to target H3K36me3-deficient cancers with the WEE1 inhibitor AZD1775. As normal cells don’t have these mutations, it is hoped that this synthetic lethal approach will provide a basis for precision targeting of these cancers, which has the potential to be less toxic and more effective than standard therapies. We have also developed a biomarker to detect cancers that have lost this histone mark, which will help us select patients who might benefit most from this treatment when it becomes available. Importantly, AZD1775 is already in a number of untargeted Phase 2 clinical trials, suggesting that patients with H3K36me3-deficient cancers will benefit from treatment with AZD1775.

Response: It will be important to take these findings into clinical trials to test whether we can effectively treat patients with H3K36me3-deficient cancers. In this respect a plan is in place to test this in the clinic in colorectal cancers in the MRC FOCUS4 trial. Other sites of major interest are in renal cancer and subsets of glioma.