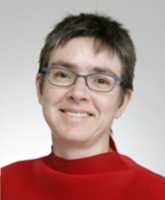 Dr. Kuhn: Ritonavir-boosted lopinavir-based antiretroviral therapy is recommended as first-line treatment for HIV-infected infants and young children while efavirenz is recommended for adults and older children. There are several advantages of transitioning HIV-infected children to efavirenz-based treatment as they get older.  These advantages include the possibility of once-daily dosing, simplification of co-treatment for tuberculosis, avoidance of some metabolic toxicities, preservation of ritonavir-boosted lopinavir for second-line treatment, and alignment of adult and pediatric treatment regimens. However, there have been concerns about possible reduced viral efficacy of efavirenz-based treatment in children exposed to nevirapine for prevention of mother-to-child transmission.  This is because efavirenz and nevirapine are in the same drug class and the majority of children who become infected despite exposure to nevirapine used for prevention have mutations in their virus that usually predict resistance to this drug class.

In this study, we randomized HIV-infected children to two different treatment strategies: In the control strategy they remained on their initial ritonavir-boosted lopinavir regimen; in the alternative strategy they transitioned to an efavirenz-based regimen.  All children had been exposed to nevirapine used (unsuccessfully) to prevent mother to child HIV transmission and were virologically-suppressed (HIV in blood < 50 copies/ml) at the time of enrollment into the study.  We observed excellent virological control in both groups with fewer than 3% of children having levels of HIV in their blood greater than 1000 copies/ml.  Sustained suppression of virus in blood below 50 copies/ml throughout follow-up was achieved in 82% of the children transitioned to efavirenz-based treatment compared to 72% of children remaining on the control treatment.

Dr. Kuhn: Excellent outcomes can be achieved among HIV-infected children on either treatment option.  For clinicians and parents of children who are suppressed on a ritonavir-boosted lopinavir regimen, a transition to efavirenz-based treatment can be considered even if the child was exposed to nevirapine used for prevention.

Dr. Kuhn: Long term adherence with antiretroviral therapy is a challenge for children and their parents.  More research is needed on how to best help parents and children achieve sustained adherence particularly as children grow up and start reaching adolescence and young adulthood.