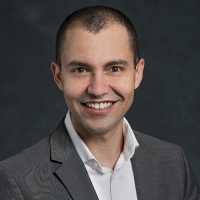 Response: Although lead has been banned from gasoline, paint, and other substances in the United States and many other countries around the world, the legacy of lead use is a critical environmental and public health issue. Surface soil contamination, in particular, has been long recognized as an important pathway of human lead exposure, and is now a worldwide health concern.

This study estimates the causal effects of exposure to lead in topsoil on cognitive ability among 5-year-old children. We draw on individual level data from the 2000 U.S. Census, and USGS data on lead in topsoil covering a broad set of counties across the United States.

We find that higher lead in topsoil increases considerably the probability of 5-year-old boys experiencing cognitive difficulties such as learning, remembering, concentrating, or making decisions. Living in counties with topsoil lead concentration above the national median roughly doubles the probability of 5-year-old boys having cognitive difficulties. This harmful effect does not seem to extend to 5-year-old girls, potentially due to the natural protection of estrogen.

Response: The adverse effects of lead exposure on boys are found even in counties with levels of topsoil lead concentration considered low by the guidelines from the U.S. EPA and state agencies. Therefore, parents should be careful to avoid children’s exposure in playgrounds, urban gardens, and other places children may spend time.

Response: These findings are concerning because they suggest that legacy lead may continue to impair cognition today, both in the United States and in other countries that have considerable lead deposition in topsoil. Thus, more research is needed to guide EPA and other regulatory agencies to set standards for lead topsoil concentration. The examination of potential causal effects on other outcomes such as behavioral issues in school, criminal activity later in life, etc. would be important. The effects of other heavy metals deposited in soil over the previous decades would also be of interest.

Response: There may be room to lower the EPA threshold that calls for further monitoring of urban soils. Also, cost-effective remediation options seem to be available. We cite a number of studies looking at options at the end of our discussion section.

February 2019
IZA DP No. 12178: The Legacy Lead Deposition in Soils and Its Impact on Cognitive Function in Preschool-Aged Children in the United States