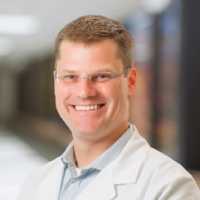 Summary: The early findings of a novel all-comers PAD study (LIBERTY 360°) suggest that ‘watchful waiting’ in Rutherford class 2-3 and ‘primary amputation’ in Rutherford class 6 may not be necessary. Peripheral vascular intervention can be successful in these patient populations as well.

Response: Approximately 18 million Americans have peripheral artery disease (PAD), and 2 million of these patients suffer from critical limb ischemia (CLI)1,2, the end stage of PAD3. CLI is highly prevalent in older patients with diabetes and/or end-stage renal disease4, and is associated with high risk of amputation and mortality5. Briefly, the LIBERTY 360° study6 is a prospective, observational, multi-center study with liberal inclusion criteria and few exclusions, meant to evaluate procedural and long-term clinical and economic outcomes of endovascular device interventions in patients with symptomatic lower extremity PAD, including CLI. The study included any FDA-approved technology to treat claudication and CLI. Four core laboratories were utilized for independent analysis.

Response: Early findings (30-day results) in this novel, all-comers PAD study suggest that ‘watchful waiting’ in Rutherford 2-3 and ‘primary amputation’ in Rutherford-6 may not be necessary. Percutaneous vascular interventions can be successful in these patient populations as well.

Response: Ultimately, the knowledge gained from the LIBERTY 360° study may inform future PAD clinical trials, provide data to help physicians choose the best therapy for patients, and advance the treatment of PAD. Future well-designed and executed randomized controlled trials that track clinically relevant outcomes, including the cost of the endovascular treatments and long-term outcomes, will enable physicians to determine the optimal therapies for their patients with PAD.