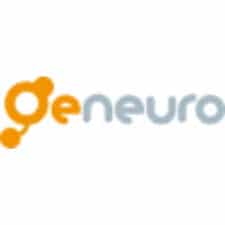 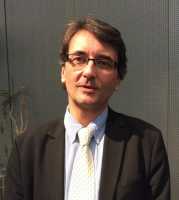 Response: Human endogenous retroviruses (HERVs), remnants of ancestral viral genomic insertions, are known to represent 8% of the human genome and are associated with several pathologies. Certain proteins produced by HERVs have previously been found to be involved in pathogenic mechanisms linked to, e.g., multiple sclerosis (MS) or amyotrophic lateral sclerosis.  However, despite previous results having shown an abnormal expression of HERV-W in patients with schizophrenia or bipolar disorder, the mechanisms involved in these psychiatric disorders are poorly understood.

Response: This translational study, published in Science Advances, found that a normally silenced HERV-W envelope protein, which has been found in patients with psychosis, such as schizophrenia, induces glutamate receptor disorganization and behavioral deficits, in vitro and in vivo. This leads to disruption of synaptic glutaminergic communication and results in the emergence of psychotic symptoms. These effects are specifically inhibited by a monoclonal antibody targeting this protein in cell cultures and in an animal model.

Response: This data has now established a clear link between the presence of a human endogenous retrovirus envelope protein, corruption of nerve pathway development and ultimately symptoms of psychosis. With this link established, researchers will now be able to provide tools to blocking the action of this protein and potentially offering a new therapeutic avenue to treat psychosis.

Response: These data continue to support the role that pathogenic members of the human endogenous retroviruses play in multiple neurological conditions. GeNeuro developed novel antibodies that neutralize the HERV protein identified by the research published in Science Advances, and which could be developed as a potential treatment for inflammatory psychosis.

Response: GeNeuro was founded based on 30 years of research conducted on HERVs, including 15 within Institut Mérieux and INSERM.  Our lead program, temelimab, is a monoclonal antibody designed to neutralize the pathogenic envelope protein, pHERV-W Env. This protein, which is systematically detected in brain lesions of MS patients, has been shown to activate microglial cells into an aggressive phenotype causing direct damage to brain tissue, and to inhibit the differentiation of oligodendrocyte precursor cells, which are key to myelin repair.

GeNeuro has completed a 1-year Phase II on 260 remitting MS patients followed by a one-year extension study. The two-year results showed a continued, positive impact on key MRI measures of disease progression in MS patients, confirming and extending the data reported at one year. This includes reductions in brain atrophy, particularly in the cortex and thalamus, and maintenance in myelin integrity, as measured by magnetization transfer ratio (“MTR”) imaging. Also, for the first time, encouraging dose-dependent effects were seen on clinical measures of disease progression. The study also showed that temelimab had only a modest effect on B and T-cell driven neuroinflammation, indicating that the positive results observed on MRI measures associated with disease progression may be specific to neurodegeneration mechanisms independent of relapse-associated inflammation. These observations are now being further consolidated through a clinical Study with the Karolinska Institutet’s Academic Specialist Center. The success of this trial would confirm that temelimab has the potential to address disability progression, the key unmet medical need in multiple sclerosis.