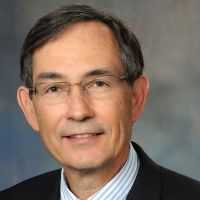 Response: Although most of the risk for lung cancer can be attributed to cigarette smoking and other exposures, there is also an inherited genetic component that explains 15-20% of the risk. Understanding how these genetic factors influence cancer susceptibility may provide insights into the earliest stages in lung cancer development and so assist in lung cancer control.

Previous large-scale studies have largely ignored rare variants in coding regions because the studies were too small to make reliable inferences about the impact that these variants might have on risk.   We used data from a genome-wide discovery study of 28,878 individuals and a validation study of 10,268 additional individuals, all of European-descent and approximately equally divided between lung cancer cases and controls to search in the coding regions of genes for variants that greatly increased lung cancer risk.

Response: By adopting this strategy we identified two high-risk variants that were reliably assayed in both studies.  One of these is a variant (L2307F)of the ATM gene that  conferred an approximately 3 fold higher risk for lung cancer in the discovery data set. Further analysis showed that this variant conveyed particularly higher risk for women with a 6 fold overall higher risk for developing adenocarcinoma in this subset.  The risk was increased to 7 fold among nonsmoking women.  Further study of geographical variation in this variant showed that it was very rare in all populations except Ashkenazi Jews, for whom 4.4% carried at least one copy of the risk variant. We also noted that among individuals who had this variant and developed lung cancer, second mutations that occurred affected the normal allele, which is consistent with this variant functioning as a tumor-suppressor.  The variant has not previously been associated with other cancers or ataxia telangiectasia, so the exact mechanism by which it increases risk remains unclear. The other variant we observed is in a gene called KIAA0930. That variant truncates stops protein transcription but the mechanism by which it increases lung cancer risk is unknown.

Response: A subset of individuals of Ashkenazi Jewish descent was found to carry a variant of ATM that occurs fairly frequently and that can increase lung cancer risk, whether or not they are smokers. Further study is needed to characterize better the degree of risk associated with this variant but if results are confirmed, higher vigilance about lung cancer risk would be warranted in the population of carriers.

Response: Future studies in Ashkenazi Jewish individuals are warranted to further evaluate the reliability of our finding of substantially increased risk for carriers of the L2307F variant of ATM. We observed several homozygous carriers of this variant, all of whom had lung cancer, suggesting even higher risk for homozygous carriers, but much larger studies are needed to characterize risk for this rare subset of the population.

No disclosures for Dr. Amos. Dr. Ji performed this work while employed by Dartmouth College, but she is now working for a company.