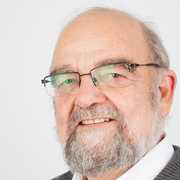 Response: The background for this study was the widespread uncertainty and general concern among the public about increasing exposure to weak radio frequency electromagnetic fields (EMF-RF). The concern on whether using your cell phone while pregnant can harm your foetus are mainly due to the extensive use of cell phones, that emit EMF-RF. Even though the RF-EMF exposure that may reach the foetus is very low, evidence from previous epidemiological studies with mothers and children are inconsistent as to whether EMF-RF emission from cell phone might harm the developing brain of the foetus. This includes also animal experiments where the exposure may be very different from that in humans.

We therefore studied the association between maternal cell phone use during pregnancy and child’s neurodevelopment at 3 and 5 years. We included around 45,000 mother and their children from all over Norway from the Norwegian Mother and Child Study (MoBa study) and used language development as the outcome because we in previous studies found this parameter to be sensitive to exposure to neurotoxicants. T

We also considered several factors that could “mask” or cause spurious relationships between cell phone use in pregnancy and child’s neurodevelopment, for example maternal extroversion. Assuming that extrovert women would talk more and also use their cell phones more this trait could help their child to advance their communication skills. Even after taking into account maternal extroversion this did not change our main finding.

Response: The beneficial effects we report should be interpreted with caution due to the limitations common in observational studies, but our findings should at least alleviate any concern mothers have about using their mobile phone while pregnant as our study provide strong evidence that use of cell phone during pregnancy does not harm the developing brain of the foetus. ¨

Response: There are still gaps in the knowledge on whether exposure to weak radiofrequency electromagnetic radiation might have effects on human health so further research is needed.

Response: MoBa was also included in another study that included mothers and children from five birth cohorts (Birks L, Guxens M, Papadopoulou E, Alexander J, Ballester F, Estarlich M, Gallastegi M, Ha M, Haugen M, Huss A et al: Maternal cell phone use during pregnancy and child behavioural problems in five birth cohorts. Environment international 2017). The authors found that cell phone use during pregnancy was related to a higher risk for the child to have hyperactivity/inattention problems at 5 years. Still, high cell phone use for the Norwegian women was related to a lower risk of emotional problems at 5 years. As in our study, the interpretation of such results is unclear mainly due to the small RF-EMF exposure that may reach the foetus when the mother is using the phone while pregnant and due to other unmeasured factors that can “mask” the findings, such as maternal depression or anxiety, parenting style and maternal personality.

The MoBa study is among the largest studies worldwide that follows families from birth and collects information on many important factors that can affect human health and the development of disease. The recruitment to the study ended in 2009 and since then the cell-phone technology has changed and there is now a widespread use of smart phones, but the physical exposure to EMF-RF has not changed that much. We therefore believe that our results also have validity for the present situation.

We have no conflicting interests to disclose

Maternal cell phone use in early pregnancy and child’s language, communication and motor skills at 3 and 5 years: the Norwegian mother and child cohort study (MoBa)

Maternal cell phone use in early pregnancy and child’s language, communication and motor skills at 3 and 5 years: The Norwegian Mother and Child Cohort Study (MoBa