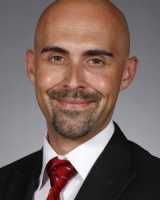 Response: The Alzheimer’s disease (AD) field continues to look for biological markers that can detect onset and progression of the disease, mainly memory decline and atrophy of medial temporal lobe where conscious memories are formed. The immune system has long been known to affect the onset and progression of Alzheimer’s disease (AD), usually through a process called inflammation in the brain that causes damage to brain cells called neurons. We wished to examine all available immune system data in a large, well-established cohort across the AD spectrum and discover which immune markers best explained memory decline and medial temporal atrophy over 2 years.

In essence, among dozens of candidate immune markers, we consistently found two to be most relevant: neuronal pentraxin 2 (NPTX2) and chitinase-3-like-protein-1 (C3LP1). NPTX2 is important for facilitating communication between neurons, whereas C3LP1 is related to activation of a part of the immune system that causes inflammation in the brain. To our surprise, higher NPTX2 levels at baseline were potently related to less memory loss and less medial temporal atrophy over 2 years. C3LP1, by contrast, was a relatively poor predictor. NPTX2 also better predicted levels of amyloid and tau in the brain, which are generally thought to help cause AD.

Finally, we found that more years of education led to higher NPTX2 levels, suggesting that more formal learning leads to more stable, stronger connections between neurons that give rise to memory.

MedicalResearch.com: What should readers take away from your report?
Response: In Alzheimer’s disease, we should pay much more attention to the ability of our neurons to communicate instead of how they atrophy and eventually die.

Response: We suggest that researchers examine NPTX2 and other immune markers involved in a specific type of neuronal communication, called synaptic transmission. In particular, it would be valuable to see how NPTX2 levels predict the first glimpses of memory problems in late middle-aged people who have Alzheimer’s disease risk factors (e.g., family history) but who otherwise have no cognitive problems. We also need animal studies that manipulate NPTX2 levels, to examine if NPTX2 is causing the effects we see.

Response: It is important to emphasize that the immune system does not just cause our brain harm, but is actually critical for helping us to think and remember. While many doctors and researchers have recommended anti-inflammatory drugs in the past to treatAlzheimer’s disease, results have been inconsistent. It may be that we are “shooting ourselves in the foot” by lowering both “good” and “bad” activity in the immune system. More work should be done to see how existing anti-inflammatory drugs impact NPTX2 and related immune components, and if better drugs can leave them alone and target the parts of the immune system that cause brain inflammation and damage.