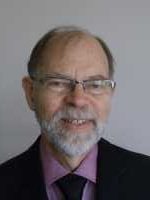 Response: The present study is the culmination of 20 years of investigating dietary links to Alzheimer’s disease (AD). I am a physicist by training and spent my salaried career as an atmospheric scientist. In the 1990s while studying the effect of acid rain and ozone on eastern hardwood forests, I became familiar with the geographical ecological study approach. In this approach, populations are defined geographically, such as by state or country, and health outcomes are compared statistically with risk-modifying factors. Ecological studies are an efficient way to analyze the results of unplanned experiments.

In 1996, I read that Japanese-American men living in Hawaii had two and a half times the prevalence of  Alzheimer’s disease as native Japanese. I knew that AD patients often had higher concentrations of aluminum in their brains than other people, and that acid rain increased the concentration of aluminum in trees. It quickly occurred to me that the American diet must be the cause of the increased AD rate, and that by using the ecological approach, I could prove it. My first study, published in 1997, compared AD prevalence rates for 11 countries with macro-dietary factors of national diets. Total fat was found to have the highest correlation with AD, followed by total energy (calories), with fish reducing risk slightly, while countries such as China, Japan, and India, with large amounts of rice in the diet, had very low  Alzheimer’s disease rates. This study was the first major study linking diet to risk of AD and led to observational studies that confirmed the findings five years later.

In 2014, I published a paper showing that the increase in AD prevalence in Japan from 1% 1985 and 7% in 2008 lagged the adoption of the Western diet by 20-25 years. In the same paper, I showed that AD prevalence in eight developing countries was strongly linked to total energy in the diet.

In 2015, Lorena Perrone and I presented evidence that advanced glycation end products (AGEs) in national diet had high correlations with AD prevalence. Meat was the largest contribution to the AGEs. AGEs are formed when glucose and proteins combine, in cooking or in the body (Maillard reaction). AGEs are most commonly found in meats cooked at high temperature, which makes them taste good, in oils, or in aged cheese.

In doing the literature search for this paper, I found a paper from 1993 reporting that Seventh Day Adventists who ate meat (including poultry and fish) had three times the risk of developing AD as those who did not.

MedicalResearch.com What should readers take away from your report?

Response: The take-home message from this study is that consumption of meat, eggs, and fish is an important risk factor for AD. While cold-water ocean fish have omega-3 fatty acids and vitamin D that can reduce the risk of AD, most of the fish consumed does not, especially farm-raised fish. Fish can also bioaccumulate mercury, which is also a risk factor for AD.

In addition, while the Mediterranean diet is touted as a good way to reduce risk of AD by 50%, the traditional diets of India and Japan could reduce risk by 80% compared to the Western diet. The Japanese used to have the longest healthy life expectancy. However, there are tradeoffs such as shorter adult height when obtaining 40% of one’s energy from rice, which has about 9% of its energy from protein.

MedicalResearch.com What recommendations do you have for future research as a result of this study?

Our study of AD rates in China indicated that while the Chinese are eating more meat now, there has not been a measurable increase in AD prevalence. AD rates in China and other developing countries should be carefully monitored to see how they correspond to nutrition transitions to the Western diet.

Related to this is that studies could be conducted to determine the role of diet at various ages/stages of life, such as whether changing from the Western diet after the age of 50-70 years reduces risk of  Alzheimer’s disease. There may already be some cohort studies underway involving dietary changes that could be expanded to include AD as an outcome.

Response:While this study was only about Alzheimer’s disease, other studies have shown that meat is an important risk factor for many chronic diseases including cardiovascular diseases, many types of cancer, and diabetes mellitus. In addition, consuming animal products places a much greater burden on the environment and resources such as air, land, and water than does consuming a plant-based diet.