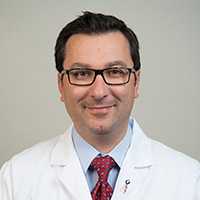 Response: With improved cancer outcomes, there are 14 million cancer survivors alive in the United States in 2012. That number is expected to increase to nearly 20 million by 2024. With such a large population, many of these cancer survivors are at risk for developing a second primary malignancy. Multiple primary cancers now account for approximately 17% of all incident cancers reported each year in the United States.

Response: Of the 2,116,163 patients identified, we found that 170,865 (8.1%) developed a second primary malignancy. Bladder cancer survivors had the highest risk for a second cancer––34% with 20-year follow up. After adjusting for age, race, grade, stage, marital status, education, and income, a history of non-Hodgkin lymphoma and bladder cancer was associated with the highest risk for developing a second cancer. For patients with two incident cancers, 13% died from their initial cancer, but more than half (55%) died from their second primary malignancy. Lung cancer was the cause of death in 12% of patients with two incident cancers.

Response: With improved cancer survivorship, clinicians should direct their attention to not only surveying patients for cancer recurrence, but also a new primary cancer. Also, we found that some patients are at increased risk of developing certain types of cancer, such as the association of a bladder primary and a lung cancer second primary. This association, for example in bladder and lung cancers, is likely related to exposures to certain carcinogens, such as tobacco use, however, it is also possible that some cancers may be linked by similarities in genetic instability.