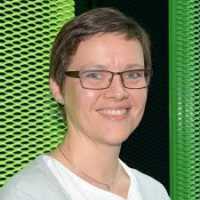 Response: Cat allergy is a rapidly increasing phenomenon characterized by hypersensitivity and an excessive immune response to certain allergens associated with cats, among which the major allergen Fel d 1, a protein typically found in their saliva, on their skin and fur. Cat allergy manifestations can range from mild forms like itchy nose or sneezing to the development of severe symptoms such as rhinitis and asthma, with potentially fatal outcomes.

Only Allergen‐specific immunotherapy (AIT )can ensure an effective and longer lasting treatment in the more advanced cases. AIT typically consists in the subcutaneous injection of gradually increasing doses of the allergen of interest, until a critical quantity is reached that induces long-term immune tolerance. Nevertheless, there is still the need to improve cat AIT in terms of efficacy and safety. We hypothesized that immune tolerance to the allergen could be boosted by improving the adjuvanticity of AIT solutions, thereby optimizing the production of antibodies against Fel d 1, while minimizing inflammation.

Response: We used the known immunomodulatory adjuvant CpG, but at a higher safe dose than previously used for this type of therapy, to boost immune tolerance to Fel d 1 in allergic mice. Observing the effect of this allergen‐specific immunotherapy  in mitigating cat allergy symptoms, we saw that AIT-treated allergic mice showed significantly reduced signs of airway inflammation and hyper-responsiveness, lower levels of pro-allergic cytokines and of IgE antibodies and higher levels of the protective IgA and IgG antibodies. We noticed that, already 24h after the first AIT-injection, there was an increase in the abundance of immune cells involved in allergy regulation and tolerance, namely plasmacytoid dendritic cells (pDCs), Natural Killer cells (NKs), regulatory T cells (T-regs) and regulatory B cells (B-regs). These cells collectively suppress the allergen-specific immune response and act as a ‘brake’ on the immune system.

Response: Our findings showed that we have established a pre-clinical model of allergen‐specific immunotherapy for cat allergy, in which a high and safe dose of CpG adjuvant induces a strong anti-inflammatory and anti-allergic effect. The mechanism involved different key immune cells that are supported through the activation of a TNF-alpha-TNFR2 signaling axis. Interestingly, AIT also triggered the appearance of a novel and unique type of Tregs, known as biTregs, which is even better equipped to counterbalance the allergic and inflammatory reaction in response to the antigen.

Response: The conditions used in these assays mimics the conditions required for human allergen‐specific immunotherapy clinical trials and the success of the CpG-based AIT was confirmed using the subcutaneous injection route, adapted to clinical assays. Based on our data, we believe that CpG deserves reconsideration as an effective AIT adjuvant in humans and that our work sets the bases for the development of novel successful immunotherapeutic treatments for allergies.

Response: We found that the mechanism underlying this allergy-protective action varies according to whether the treatment is administered as a vaccine to mice that had never previously been exposed to the Fel d 1 antigen, and which therefore did not present an existing allergic state, or under already established allergic conditions, as is the case in AIT. The elucidation of these alternative pathways opens up new insights for the future design of preventive and curative allergy vaccines using CpG adjuvant.