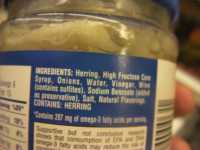 Response: Changes in food preparation have occurred over the recent decades including wide-spread availability of convenience foods and use of fructose as a sweetener. In addition, there is a growing trend to label certain foods as “healthy”. As the ingestion of added sugars and the prevalence of obesity have steadily increased over time, it has been suggested that the increased consumption of simple sugars may have contributed to the recent obesity epidemic.

We were interested in understanding whether the body responded to overeating foods with a high carbohydrate content differently if the source of the carbohydrate differed. For example, does it matter if we overeat foods containing whole wheat instead of high-fructose corn syrup? To answer this question, we conducted a study investigating changes in metabolism, circulating hormones, and appetite ratings in humans who were overfed a diet containing 75% carbohydrates for 24 hours. The subjects in the study were overfed with a high carbohydrate diet twice – once with a diet where the source of carbohydrates was whole wheat and once with a diet that contained simple sugars, primarily high-fructose corn syrup (HFCS). Note that the diets were given in random order with at least three days of recovery in between the overfeeding periods.

There was no difference in people’s metabolic rate over 24 hours between the whole-wheat versus high-fructose corn syrup diets; however, the diet containing HFCS resulted in increased hunger scores the next morning even though people had overeaten the day prior. These increased hunger scores were comparable to the hunger scores reported after a day of fasting. Also, 24-hour urinary free cortisol concentrations were higher the day after the diet containing high-fructose corn syrup. Cortisol is a hormone released by the adrenal glands in response to physiologic stress.

Response: When individuals go to purchase convenience foods in the supermarket, they often look at the ingredient lists and may prefer to choose foods containing whole wheat over foods that contain high-fructose corn syrup. Our study shows that if you overeat, i.e. eat many more calories than your body needs, diets high in carbohydrate content, the overall metabolic response is similar regardless of whether the carbohydrate source derived either from HFCS or whole wheat, except for few key factors.

These key factors include an increase in 24h urinary cortisol (the so-called “stress hormone”) while eating the HFCS diet and increased hunger the morning after eating the HFCS diet compared to the whole-wheat diet. So, overconsumption of diets high in high-fructose corn syrup cause increased hunger the next day and may raise levels of a hormone known to predispose individuals to weight gain. Although overeating in general should be avoided to prevent weight gain, if overconsumption does occur, choosing foods with whole wheat versus HFCS may lead to fewer adverse consequences.

Response: Whether or not the increased hunger we observed leads to increased food consumption is an area of active investigation. It is also important to understand whether similar effects occur if the diets are consumed without overeating, but instead matching caloric intake to energy expenditure.

Response: The authors have nothing to disclose. It should be noted that this study was done in a small number of individuals, the majority of whom were men. It will be important to replicate our findings in other individuals and with study populations that include more women.