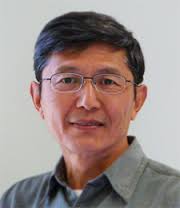 Dr. Yang: Body mass index (BMI) is an important risk factor for high blood pressure among adolescents. Despite a recent leveling off in the numbers of overweight and obese youths, weight-associated health outcomes remain a problem in the U.S. Some researchers have suggested that the increased prevalence of high blood pressure among adolescents is associated with the epidemic of overweight and obesity in the U.S.

As a result, we analyzed trends in pre-high blood pressure and high blood pressure among U.S. youth using data from a series of National Health and Nutrition Examination Surveys. Nearly 15,000 adolescents between the ages of 12 and 19 were included in the surveys, which were conducted between 1988 and 2012.

Childhood blood pressure levels can track into adulthood – and high blood pressure is a major risk factor for heart disease and stroke, two of the leading causes of death nationwide. This research helps reveal existing and potential trends in the years to come, which can help clinicians and public health representatives focus efforts as needed. In addition, parents and adolescents can use this information as incentive to make lifestyle changes aimed at ensuring a healthier future, such as regular exercise, a healthy diet, maintaining a healthy weight and managing blood pressure.

Dr. Yang: Our findings suggested that the significant decline in high blood pressure prevalence could not be explained by sociodemographic or selected risk factors including age, sex, race/ethnicity, smoking status, physical activity, BMI, diet or family income. Further study is needed to determine the causes of that decline. In addition, further research should also consider the effects of changes in dietary intake, such as sodium and added sugar consumption, family history of high blood pressure and birth weight – all of which could play a role in blood pressure among adolescents.