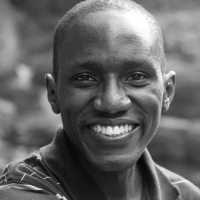 Response: Our study measured fathers’ involvement in their child’s upbringing in infancy by looking at their emotional response to their child (e.g. feeling confident with the child, making a strong bond with the child), how involved they were in childcare (e.g. changing nappies, playing, night feeding, and also general care tasks around the house such as meal preparation) and their feelings of being a secure in their role as a parent (e.g. feeling included by mother in childcare, not feeling inexperienced with children).

We found that the children of fathers who scored highly in terms of their emotional response and feeling like a secure parent were less likely to have symptoms of behavioural problems when they were 9 or 11 years.

However, fathers being more involved in direct childcare did not seem to affect the child’s risk of having later behavioural problems.

MedicalResearch.com: How big a risk was this?

Response: Let’s compare two ‘average’ children who are similar in most respects – same age, gender, number of siblings, similar level of household income and their fathers work about the same number of hours every week – except one has a more involved father. Let us consider one trait of paternal involvement, namely positive emotional response to the baby and parenting. To quantify how much “more” in terms of the method we used to quantify paternal involvement, we defined this as a 1 unit higher score on this trait.

We estimated that at age 9 years, the ‘average’ child with the move involved father had 15% lower odds of exhibiting more symptoms of behavioural problems than the one with the less involved father. At age 11 years, we estimated a 12% reduction in odds for the same comparison.

When considering the effect of having fathers who were well adjusted to their new role, including how confident they felt in their abilities as a parent and partner, we estimated a 12% and 10% reduction in odds of having more signs of behavioural problems at 9 and 11 years.

MedicalResearch.com: How did you assess child behaviour?

Response: We used the Strengths and Difficulties questionnaire to assess child behaviour. The parents answered 25 simple questions about the child’s behaviour (some are about “strengths” e.g. whether the child is generally obedient, has a good attention span, shares their toys; some are about “difficulties” e.g. whether the child is constantly fidgeting). The scores for each question are added together to give what’s called a total difficulties score. Children scoring in the top 10% are classified as having an abnormal score – this is indicative of behavioural problems. It doesn’t mean that the child necessarily has behavioural problems – it’s more like a screening tool for behavioural disorders in children.

MedicalResearch.com: What are the possible explanations for your findings? How might this work?

Response: Positively involved fathers and co-resident partners who are enjoying being a parent may lead to improved outcomes in children by helping create a safe and secure home environment that that supports children’s positive sense of themselves and healthy development.

Their contribution may also be indirect: by being a source of instrumental and emotional support to mothers (who often provide more of the direct care to children), they may have a positive effect on mothers’ own well-being, which in turn may foster better outcomes in children.

Greater paternal involvement may also be a manifestation of a happy and cohesive home environment, and this may be the actual mechanism that brings about the better child outcomes.

MedicalResearch.com: Why are the emotional and psychological aspects of parenting/being a father more important that child-care activities?

Response: Emotional and psychological aspects of parenting may have a synergistic effect on children by benefitting them directly and also through a positive effect on mothers. Indeed, other researchers (e.g. Lamb, Lewis) have concluded that the warmth of fathers’ relationships with their children appears to be associated with good relationships with the mothers.

MedicalResearch.com: Is this the first study to show this association?

Response: No. A number of other studies have established evidence of various positive effects of parenting by fathers on child outcomes. For example, Mary Kroll and colleagues have recently published from the Millennium Cohort Study suggesting that the quality, rather than quantity, of parenting by fathers is what is associated with good outcomes in children.

Our study differs from previous ones by adopting a data-driven method (factor analysis) to identify the different aspects of father involvement, rather than adhering to established theoretical conceptual frameworks.

MedicalResearch.com: What were the results in children who did not live with their fathers?

Response: Our study did not include children not living with their fathers by the time they were 8 months old. Nevertheless it is possible that some of the children in our sample no longer lived with their fathers at 9 years of age. We are unable to quantify the extent to which outcomes may differ in this group since we did not have the information to identify them.

MedicalResearch.com: You looked at fathers’ involvement when their children were babies. Did you look at the effect of fathers doing activities as the children got older e.g. reading and playing?

Response: No, we did not examine the effect of fathers’ involvement over time. However, there is evidence that early involvement correlates strongly with later involvement. As such, rather than attributing later beneficial effects solely to early parenting by fathers, it is possible that any benefits arise from continued paternal involvement as the child gets older.

MedicalResearch.com: What is your message to parents?

Response: A high quality of involvement with children, right from their infancy and continuing through childhood, helps establish a solid foundation for good outcomes later on in life. For fathers, positive involvement goes beyond child-care activities; feeling good about being a dad, making an emotional connection with children and establishing a secure parenting relationship with mothers are perhaps even more important.

Response: Absolutely! Fathers can benefit from policies that encourage them to spend more quality time with their partners and children especially in the critical early years, interventions which help them cope with the myriad challenges of parenthood, and information on how to access family support services when they need them.