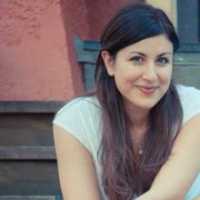 The preferred choice given these two options relies heavily on how far the baby’s head has descended in the birth canal. If the baby’s head has descended far enough that it is visible and on the perineum, then the use of an instrument has clear advantage. However, when the fetal head is engaged in the maternal pelvis, but has not descended so far down the birth canal, the decision between these modes of delivery becomes much less clear. These deliveries are called midpelvic deliveries. And it’s an increase in these midpelvic deliveries that would have the most potential as a strategy to reduce the cesarean delivery rate, and as a result, it is these deliveries that we were interested in studying.

The literature on perinatal and maternal outcomes contrasting midpelvic operative vaginal delivery and caesarean delivery is based on studies undertaken 25 to 30 years ago that are no longer reflective of the current obstetric practice.  This was the impetus for our study. We reasoned that before we decide to encourage increased OVD we should first get a sense of the safety of such procedures compared to cesarean delivery as provided by contemporary maternity care providers.

Response:  Our study revealed that when fetal distress is not present and the indication for operative delivery is dystocia, the rates of severe complications for the infant are more likely with midpelvic forceps and midpelvic vacuum delivery compared with cesarean delivery by approximately 80%. However, when fetal distress is present, vacuum delivery is associated with lower rates of severe maternal complications. We also found that midpelvic forceps was associated with significantly higher rates of postpartum hemorrhage and significantly lower rates of postpartum infection regardless of indication.

Our results suggest that encouraging higher rates of operative vaginal delivery as a strategy to reduce the cesarean delivery rate could result in increases in severe perinatal and maternal morbidity, especially birth trauma, severe postpartum hemorrhage, and obstetric trauma.

Response: It is important to understand that similar to cesarean deliveries, midpelvic forceps and vacuum deliveries are invasive procedures with their own risks ­– risks that we have now quantified and that should be communicated to women who may encounter them, especially when the risk is as high as one in five. It can be argued that a cesarean delivery is, in itself, a form of obstetric trauma, given that an incision is made and a scar remains; however, women who consent to cesarean delivery are aware of this injury and are informed of the associated risks. Women who consent to midpelvic forceps or midpelvic vacuum delivery should be afforded the same standard of informed consent.

We are not advocating for increased use of cesarean delivery and we are not suggesting that every woman who experiences an arrest in labour be delivered by cesarean. These decisions need to be made on a case-by-case basis between practitioner and patient. Our study suggests that unless we can improve our ability to select candidates for midpelvic forceps and vacuum deliveries, or unless we improve training in such deliveries, encouraging higher rates of forceps and vacuum delivery as a strategy to reduce the cesarean delivery rate could result in increases in population rates of neonatal complications, especially birth trauma, as well as maternal complications such as severe postpartum hemorrhage, and obstetric trauma.

It is important to note that our study focused on only midpelvic OVD, those deliveries during which the baby’s head has not descended beyond midway through the maternal pelvis. These estimates do not represent the outcomes following all forceps and vacuum deliveries, most of which occur when the head has descended further down the birth canal. Two recent studies that looked at this question when the fetal head was lower in the birth canal found similar rates of outcomes among OVD and CD. We are certainly not advocating for the abandonment of operative vaginal delivery. There are circumstances during labour for which the use of forceps and vacuum are safe, appropriate, and life-saving. For example, if there are signs of fetal distress, the prompt delivery of an infant using forceps can have a great advantage to a cesarean delivery, which would take longer to prepare and execute. This difference in time to delivery could be the difference between a healthy baby and a baby with a major complication.

What we are advocating for is that women should be informed of the risks of all modes of delivery so that they can choose whether they want their care provider to attempt a trial of operative vaginal delivery.

Response: Ideally, we could also better predict those deliveries that are at high risk for dystocia or a failure to progress and look at ideal timing. It is clear that some of these deliveries that were vaginally extracted would have had better outcomes had they been delivered by cesarean earlier in the labour process. And the corollary is almost certainly true as well, there are likely women who were delivered by cesarean who may have had fewer complications had they laboured longer and had an instrument-assisted vaginal delivery. Research focusing on selecting candidates and minimizing harm given difficult labour are the next steps to improve safety for women and their babies.

I would also like to see more research into how women feel following a midpelvic operative vaginal delivery. When I try to sort out the results of my doctoral work, all of which focusses on OVD, cesarean delivery and pregnancy outcomes, I find that I am missing the women’s voices and perspectives in my results. Qualitative work exploring women’s experiences during and after this situation would be an important extension of this research to help understand how this knowledge can be used to improve maternity care overall.

Response: Gone are the days when it can be assumed that severe obstetric trauma is a necessary side-effect of “achieving” a vaginal birth. Gone are the days when we can choose not to share information about risk to women in the interest of not frightening them. Studies such as ours highlight the necessity to continuously interrogate the status quo and to never underestimate the power of politics on a woman’s body and on her reproductive outcomes.