13 Sep Which Is Better? Patent Foramen Ovale Closure or Anticoagulation vs. Antiplatelets after Stroke 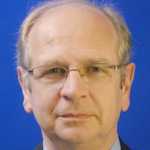 Response: Stroke is a major cause of death, disability and dementia affecting 17 million people each year worldwide. About 80% of strokes are ischemic strokes due to occlusion of a cerebral artery by a thrombus, itself the consequence of various arterial or heart diseases. In 30 to 40% of cases, no definite cause of ischemic stroke can be identified. Cryptogenic stroke is the term used to refer to these strokes of unknown etiology.

The patent foramen ovale (PFO) is a defect between the upper two heart chambers (called atria) though which a thrombus of venous origin may reach the systemic circulation and cause a stroke. This mechanism is called paradoxical embolism. Several case-control studies have shown an association between PFO and cryptogenic ischemic stroke, particularly in patients less than 60 years old, in those who have an atrial septal aneurysm (defined as an abnormal protrusion of the interatrial septum in the right or the left atrium or both) in addition to a PFO, and in those who have a PFO with a large right-to-left shunt. These findings suggested that a PFO might be responsible for stroke and that PFO closure with a device may decrease the risk of stroke recurrence. However, the causative relationship between PFO and stroke and the best strategy to prevent stroke recurrence have long been a hot topic of debate. Three previous randomized clinical trials failed to demonstrate any superiority of PFO closure over antithrombotic therapy.

Response: We conducted the CLOSE study, an academic-driven, multicenter, randomized, open-label trial, to assess whether PFO closure using a catheter-based procedure plus antiplatelet therapy is superior to antiplatelet therapy alone and whether oral anticoagulant therapy is superior to antiplatelet therapy, for prevention of stroke recurrence in 663 patients aged 16 to 60 years with a recent cryptogenic stroke attributed a PFO with high-risk echocardiographic features, namely PFO associated with an atrial septal aneurysm or PFO with a large right-to-left interatrial shunt.

Response: The CLOSE trial shows that PFO closure combined with long-term antiplatelet therapy significantly reduces the rate of recurrent stroke, compared to antiplatelet therapy alone. During a mean follow-up of 5.3 years, no stroke occurred among the 238 patients in the PFO closure group, whereas stroke occurred in 14 of the 235 patients in the antiplatelet-only group (hazard ratio, 0.03; 95% CI, 0 to 0.26, P<0.001). PFO closure was associated with an increased risk of atrial fibrillation (4.6%). Most cases of atrial fibrillation were detected during or within 1 month after the procedure and did not recur during a median follow-up of 4.4 years.

A smaller number of patients was randomly assigned to the comparison of oral anticoagulants versus antiplatelet therapy. Recurrent strokes occurred less frequently in the anticoagulant group than in the antiplatelet-only group, but the difference was not statistically significant.

Disclosures: The study was supported by the French Ministry of Health. The Assistance Publique-Hôpitaux de Paris was responsible for the management and monitoring of the data (Pr Gilles Chatellier).

Patent Foramen Ovale Closure or Anticoagulation vs. Antiplatelets after Stroke

Patent Foramen Ovale Closure or Anticoagulation vs. Antiplatelets after Stroke