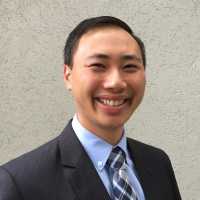 MedicalResearch.com Interview with: Dr. Nathan Furukawa, MD, MPH Medical officer, Division of HIV/AIDS Prevention CDC MedicalResearch.com: What is the background for this study? Response: The cost of the PrEP medication is the largest driver of the cost of providing PrEP care. Most patients need insurance or help from a medication assistance program to cover the large costs of the PrEP medication. We wanted to describe how these costs were paid by patients (out-of-pocket payments) and insurers (third-party payments) nationally.    MedicalResearch.com: What are the main findings? Response: The study found that the cost for a month of the PrEP medication tenofovir disoproxil fumarate/emtricitabine increased from $1350 to $1638 from 2014 to 2018, an average annual increase of 5%. Out-of-pocket costs increased faster from $54 to $94, an average annual increase of 14.9%. In 2018, at least $2 billion was spent paying for the PrEP medication, and this covered 18% of people that had an indication for PrEP.  END_OF_DOCUMENT_TOKEN_TO_BE_REPLACED
Continue Reading
Author Interviews, HIV, University of Michigan / 15.07.2019

MedicalResearch.com Interview with: Rogério Meireles Pinto, LCSW, Ph.D. Professor and Associate Dean for Research University of Michigan School of Social Work MedicalResearch.com: What is the background for this study? Response: In order to decrease the rate of HIV infection, interventions to scale up PrEP will need to address identified barriers at multiple ecological levels. In the past decade, interventions proposed to address PrEP implementation barriers were limited to one ecological level or another (e.g., individual or community). The failure to consider interventions targeting multiple ecological levels simultaneously may help explain why PrEP implementation is lagging. This failure is also due to methodological limitations of PrEP implementation studies.This high-quality paper presents a thorough and theoretically grounded review of original research on HIV Pre-Exposure Prophylaxis (PrEP) implementation in the U.S. END_OF_DOCUMENT_TOKEN_TO_BE_REPLACED
Continue Reading
Author Interviews, HIV, NEJM, Yale / 17.08.2018

MedicalResearch.com Interview with: Brinda Emu, MD Assistant Professor of Medicine (Infectious Diseases) Yale School of Medicine MedicalResearch.com: What is the background for this study? Response: This was a Phase 3 study of a new antiretroviral agent, ibalizumab, for the treatment of HIV-1 infection.  Ibalizumab is a monoclonal antibody that targets the CD4 receptor on host cells.  CD4 is the receptor that HIV uses to infect CD4+ T cells.  By binding to the CD4 receptor, ibalizumab prevents viral entry.  This study recruited patients that harbor multi-drug resistant HIV and were failing their current regimen of antiretroviral agents, and thus had limited options for treatment of their HIV-1 infection using approved medications. END_OF_DOCUMENT_TOKEN_TO_BE_REPLACED
Continue Reading
Author Interviews, HIV, JAMA / 25.07.2018 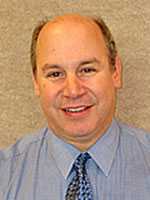 MedicalResearch.com Interview with: Professor Jean-Michel Molina MD Head of Department of Infectious Diseases, Hôpital Saint-Louis Paris France  MedicalResearch.com: What is the background for this study? What are the main findings? Response: There is a high rate of sexually transmitted infections (STIs) among Pre-exposure prophylaxis users and we wished to assess whether post-exposure prophylaxis (PEP) with doxycycline could reduce the incidence of sexually transmitted infections in this population. We have found indeed a high rate of STIs most of them (71%) being asymptomatic and warranting therefore systematic testing. Also PEP reduced the incidence of syphilis and chlamydiae infection by 70%, not for gonorrhea due to the high rate of detection in throat swabs without any impact of PEP. END_OF_DOCUMENT_TOKEN_TO_BE_REPLACED
Continue Reading
Author Interviews, CDC, HIV / 21.07.2014

MedicalResearch.com: Interview with: Anna Satcher Johnson MPH Division of HIV/AIDS Prevention Centers for Disease Control and Prevention (CDC) Atlanta, Georgia Medical Research: What are the main findings of the study? Answer: The new analysis confirms historical trends suggesting that we’ve made significant progress in reducing HIV in the U.S. over time – overall and among several key populations, including injection drug users and heterosexuals.  Overall, new HIV diagnoses from 2002 to 2011 declined 33 percent.  However, these findings underscore continued concerns of a surging HIV epidemic among young gay and bisexual men.  We found a significant increase in HIV diagnoses among young men who have sex with men between the ages of 13 and 24. END_OF_DOCUMENT_TOKEN_TO_BE_REPLACED
Continue Reading
Author Interviews, HIV, Lancet / 20.07.2014

MedicalResearch.com Interview with: Dr. Colette Smith: PhD Research Department of Infection and Population Health University College London, London, UK   Medical Research: What are the main findings of the study? Dr. Smith: We followed a group of approximately 45,000 HIV-positive people from Europe, USA and Australia between 1999 to 2011. We found that the death rate approximately halved over the 12-year study period. For every 1,000 people, around 18 died per year in 1999-2001, reducing to 9 deaths per year in 2009-2011. We also studied what people died of. We found that the death rate from AIDS and from liver disease decreased by around two-thirds. Deaths from heart disease approximately halved. However, the rate of cancer deaths (excluding cancers that are classified as AIDS events) remained constant over time. One in three deaths were caused by AIDS in 1999 to 2011, and this decreased to one in five deaths in the last two years of the study. However, even in recent years it was the joint most common cause of death. The proportion of deaths from cancer increased over time. One in ten deaths were from cancer in 1999 to 2001, and this increased to one in five deaths in 2009 to 2011. By the end of the study it was the joint-most common cause of death. END_OF_DOCUMENT_TOKEN_TO_BE_REPLACED
Continue Reading
Author Interviews, HIV, JAMA, OBGYNE / 19.07.2014

MedicalResearch.com Interview with: Jared Baeten, MD PhD Professor, Departments of Global Health and Medicine Adjunct Professor, Department of Epidemiology University of Washington Seattle, WA 98104 Medical Research: What are the main findings of the study? Dr. Baeten: Among heterosexual African couples in which the male was HIV positive and the female was not, receipt of antiretroviral pre-exposure preventive (PrEP) therapy did not result in significant differences in pregnancy incidence, birth outcomes, and infant growth compared to females who received placebo. END_OF_DOCUMENT_TOKEN_TO_BE_REPLACED
Continue Reading
Author Interviews, HIV, Infections, Social Issues / 11.04.2014

MedicalResearch.com Interview with: Amy Nunn, ScD, MS Assistant professor (research) of Behavioral and Social Sciences Brown University School of Public Health MedicalResearch.com: What are the main findings of the study? Answer: The main findings are that people living in poor, mostly-minority urban neighborhoods, where health resources such as HIV testing and linkages to care are often lacking, are at a greater risk of contracting HIV and dying of AIDS. This is not because of differences in behavior. It's because they live in medically underserved areas where HIV incidence is very high and fewer people know their status. Fewer people knowing their status means fewer people on treatment. Fewer people on treatment means it's easier for people to come into contact with the virus, even if they don't engage in any higher risk behavior. In the paper, my colleagues and I call for increasing the focus of public health efforts on these neighborhoods where the epidemic is concentrated and contributing heavily to racial and economic disparities in AIDS mortality. END_OF_DOCUMENT_TOKEN_TO_BE_REPLACED
Continue Reading